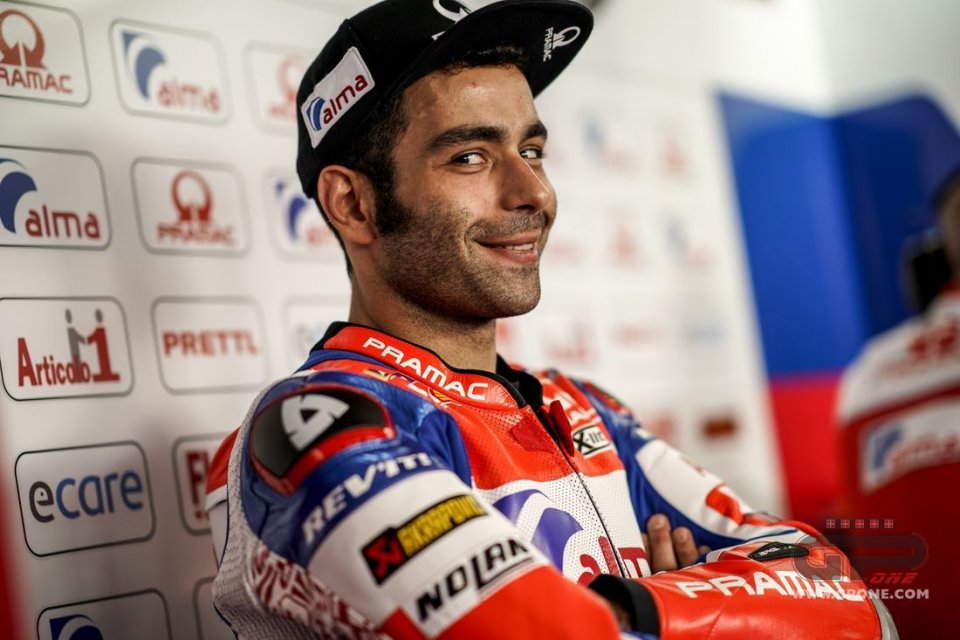 “What will happen to me in 2019? I'm fighting for a factory seat and would like to be on an Italian bike. Whether red or black it's too soon to say”. Danilo Petrucci is not scared to lay his cards on the table with regard to his future. Ducati or Aprilia are the current options, but perhaps he needs more time to decide.

The Pramac rider is not giving much away, but his preference would be to continue on the Borgo Panigale bike. This is also the most likely outcome, considering that Lorenzo seems to be close to saying farewell.

“I don't know. Maybe they expected more from Jorge in Ducati, but he's not far off being competitive. My aim is to stay in Ducati, I don't know if that's possible and it's not up to me. From what I can tell, the priority was to renew with Dovizioso and now they want to give Lorenzo time, if he wanted to continue that is. Anyway, as for me, I've also had interest from other manufacturers”.

The situation doesn't really worry Danilo though, he prefers to focus on his home GP.

“In the end, I'm 5th in the standings, only 2 points from second and I'm the best Ducati rider in the classification. I'm not fighting for the title, I just need to try and consolidate my position. I'm relaxed”.

But Mugello is special and after the Le Mans podium and the Italian podium of one year ago, all eyes are on Petrucci.

“Logically my aim is to reach the podium, in fact it's almost a must - he jokes - On the one hand, I have less pressure, because I know I can do it, on the other hand more, because it's my home race. In the end, it's a race like any other, no MotoGP race is like a ride with friends”.

Danilo isn't one to hold back when it comes to an on-track battle though.

“This is a friendly track for me and the Ducati, but I didn't test here. I need to make up this small gap. I'm not going to do anything differently to the last races. I don't know what to expect, I'm aiming for the podium... the problem is that many other riders then get in the mix” he concludes with a laugh.