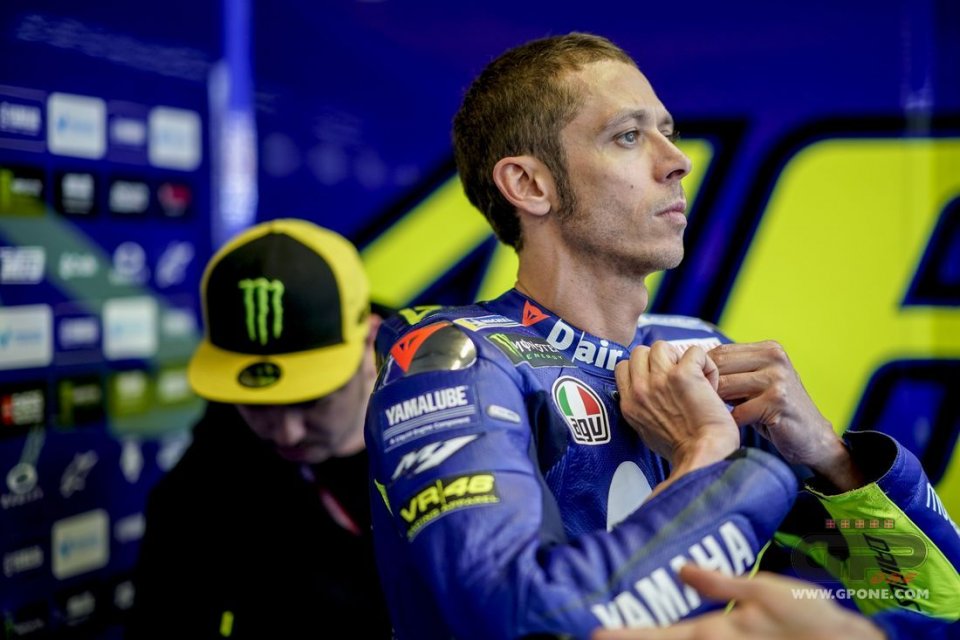 The recent Le Mans podium was definitely not enough for Valentino, who hoped to arrive at his home GP with a very different level of competitiveness. The Doctor has won seven consecutive races at Mugello in the past (from 2002 to 2008 but the last time he reached the podium was in 2015.

Rossi hoped to turn things around this year, but recent tests at the Tuscan track have come as something of a cold shower; he knows he'll have to give it his all if he wants a positive result.

His 3rd place finish in France ten days ago has at least injected some confidence..

"It's great to have scored a podium in Le Mans, before Mugello. In general it's good to be on the podium before any race, because the ten days before the next race you're not angry. To arrive in Mugello feeling relaxed is better."

He needs to stay lucid, but this may not be enough.

"I was feeling optimistic about the race in Mugello before the test there a few weeks ago, but during the test we were not as fast as we wanted to be. During this weekend we need to give more. We need to improve the bike and try our best."

VINALES: WE'LL GET BACK TO THE TOP - Maverick Vinales is also aware of the technical difficulties that the Yamaha is currently experiencing, but he tries to see the glass half full. Like his (lucky) 2nd place in the championship or the recent Barcelona test, that provided a few answers.

“We're working our way through a difficult time. We lost some very important points for the championship in the earlier rounds but, even so, we won't give up and we'll continue working hard to get good results in the races to come. I've climbed up to second in the championship and that motivates me to keep working hard. After the difficult race in Le Mans we went to Montmeló for a test and there I felt good again with my bike, I had good feelings. Step-by-step we will get back to the top."

He hopes to start the climb at the Mugello GP.

"Mugello is a track that I like and where I've always had a lot of fun, and it's perfect for my riding style. We face the Italian Grand Prix optimistically and eager to find the perfect set-up for our bike. I'll try to fight for the victory, as I've always done in each race. I will give my 100% and will try not to disappoint our fans."