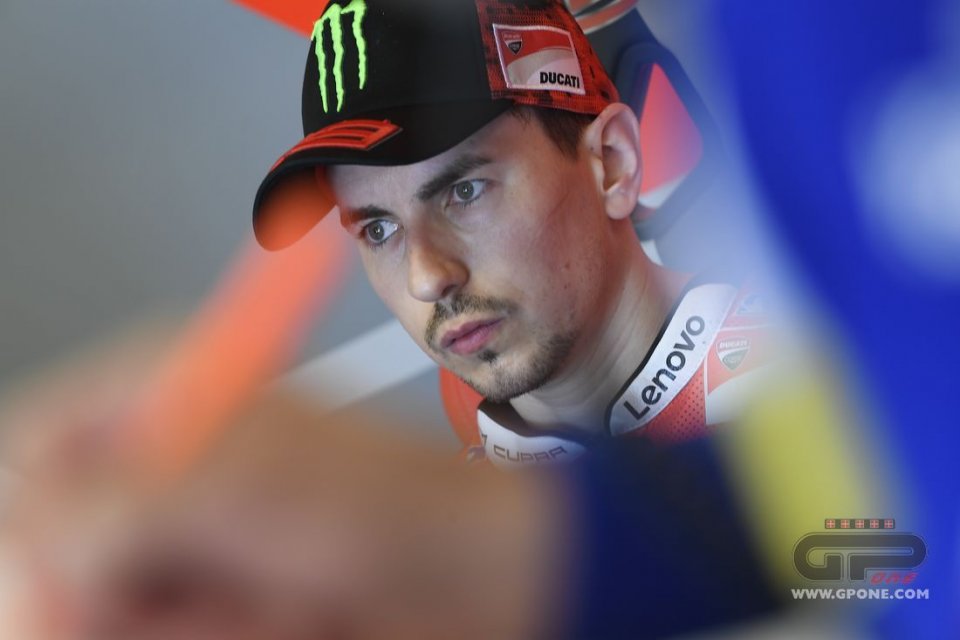 The MotoGP market got off to an early start without too many surprises: Vinales' renewal over the winter, followed by those of Valentino and Marquez. Negotiations took longer for Dovizioso but, here too, the outcome was fairly predictable. Things have only recently started to heat up, with the moves of two important 'pieces':  Suzuki and Lorenzo.

Ten days ago, at Le Mans, we revealed that Davide Brivio was negotiating with Mir. Honda (surprisingly) has not taken up its option regarding Joan and so the Majorcan will leave Moto2 next season to climb aboard the GSX-RR, blocking the way for fellow countryman Lorenzo.

By now, it's no secret that Jorge's adventure with the red bike is coming to an end, with the Spaniard and Ducati separated under the same roof at Mugello. Not the ideal situation, because relationships with Borgo Panigale have been compromised (“there is disappointment” declared CEO Claudio Domenicali), the spark with the Desmosedici never ignited and there are still 14 races left to run, more than two third of the championship.

Lorenzo will surely want to do his best this weekend, despite knowing that his work will come to an end at Valencia and that he'll be taking another path next year. The signs point at a return to Yamaha, a path already taken by Valentino, perhaps with a factory bike albeit one managed by a satellite team. We spoke about this last week too.

The problem, right now, is understanding what team colours Jorge's M1 might have. Up until a few weeks ago, the Marc VDS team would have been the only option, but the squad is now tied up with the courts and lawyers and its future is uncertain. Negotiations had reached a good point, but everything has been put on stand-by with internal problems causing team owner van der Straten to go up against former team principal Bartholemy.

One more problem for Lorenzo but also for Franco Morbidelli, who already had a signed contract with the Belgian team for the 2019 season - this may now be worth nothing.

So, the situation is complicated (in recent days, Sito Pons' name has also been linked with the M1) but Jorge has two allies. The first is Dorna, which cannot allow one of the best riders on the grid to remain ride-less. The second is Yamaha that, having lost Zarco, would have everything to gain in welcoming back its prodigal son.

Mugello could be a good opportunity to move forward with the project, but in a certain sense, it will also mark the beginning of the end of Jorge's story with Ducati. Too long an ending in fact (with WDW in the middle), but the market dictates the time frames and the riders can only adapt.