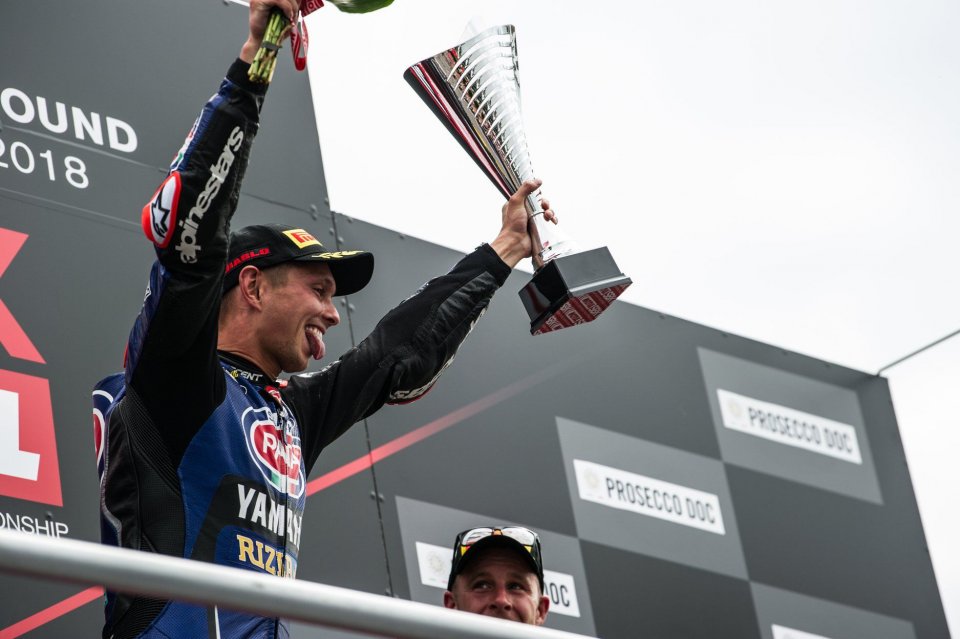 van der Mark does the double at Donington. Hands up those who would have guessed it, probably no-one. The Dutchman steals all the attention in the UK, winning once again in race 2. Despite starting from the third row, the Yamaha rider set out with the bit between his teeth, quickly closing the gap before snatching the race lead from Rea. Once out front, it was fairly smooth sailing to the line. Impossible to expect any more.

"It's been a really incredible weekend – started Michael – I'm surprised, because my phone hasn't stopped ringing over the past few hours and people are talking about me, on the TV, the internet, in the papers. Everywhere really. A tough race, I didn't think I could win for a second time”.

Michael himself had said that it wouldn't be easy starting from the third row.

“At first I tried to keep calm and avoid any mistakes, I was able to get close to Lowes but I wanted to stay behind him and understand his lines. But then Rea passed us and so I had to attack, as there was a risk he could get away".

Fortunately for the Dutchman, the Cannibal wasn't able to break away on this occasion.

“To be honest, I didn't have the same sensation as Saturday, but I felt competitive, in fact I decided to attack and was able to maintain that pace to the line. I couldn't have imagined it, but I'm pleased because we've done a great job and the win has helped eased some of the tension. Now I'll focus on preparing for Brno”.