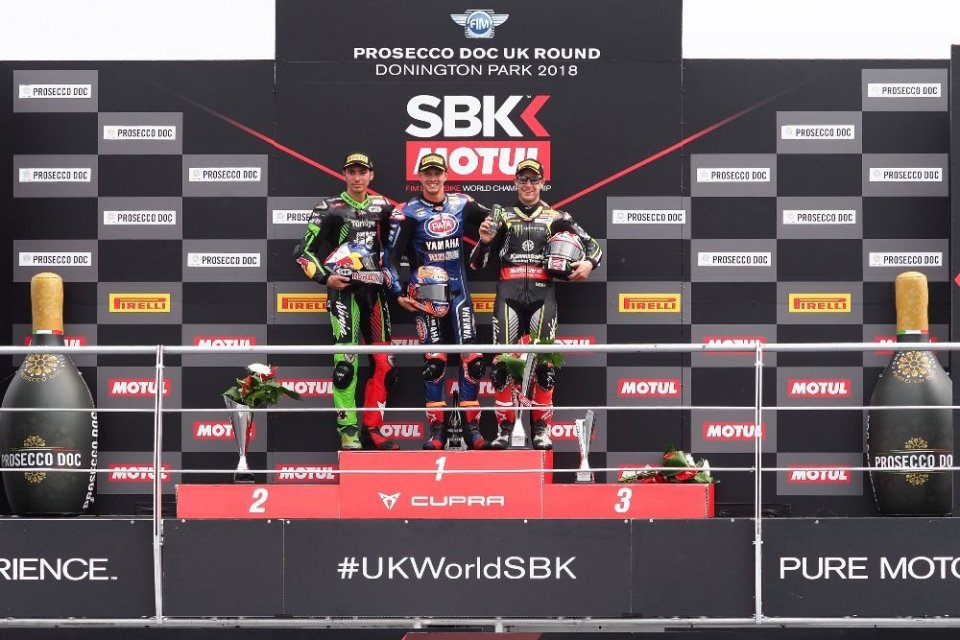 We thought we knew what we were in for, because Donington had long been a stronghold for Tom Sykes and the Kawasaki, and yet a certain Michael van der Mark from Gouda changed all this, going so far as to score the double win. Over the blue-tinted weekend, there was also room for Toprak Razgatlioglu, who did well to snatch some of the attention, putting Johnny Rea firmly behind him. Who would have bet on that? Probably no-one.

THE GOOD – it can only be him, or rather Michael van der Mark, who had been dreaming of a win since 2015, finally giving Yamaha its first win for seven years. First in race 1 and then again in race 2, the perfect end to a weekend that will long remain impressed on his mind.

THE UGLY – What happened to the rider who had everything going for him at the start of the season? We're referring to Lucas Mahias, following a less than inspiring performance at Donington. The Frenchman hasn't been on the podium since Buriram and needs to turn things around.

THE BAD – He reached the podium one year ago, yet this time it was a weekend to forget. On Saturday he collided with Razgatlioglu on the final lap, then crashing out of Sunday's race. A disappointing home round for Leon Haslam, who represents the other side of the Puccetti coin.

THE DISAPPOINTMENT – Did anyone even spot the Ducatis? The Donington round was the setting for the Aruba team's worst performance, this season, the squad having to console themselves with Davies' 5th place finish in race 2. It marked the first time this season that the Panigale did not reach the podium in either race. Things went even worse for Xavi Forés, who didn't even reach the finish line this weekend.

THE CONFIRMATION – At this point there can be no doubt: Imola was simply a one-off. Yes, because Markus Reiterberger was back on track in the UK,  and back to winning ways. Note too Raffaele De Rosa's third consecutive podium with the MV Agusta. It's time to raise the bar.

THE PASS – Hats off to van der Mark for the way he shot down the Kawasakis of Rea and Sykes, but Razgatlioglu also deserves a mention for the pass on Rea that led to his second-place finish.

THE SURPRISE – There's Michael van der Mark, but also Toprak Razgatglioglu. He's only 21 but has grit and determination to spare, just what he needed to achieve his first ever podium, even putting a certain Johnny Rea behind him.

THE INTERESTING FACT – A Dutch rider had never before won in Superbike, a Turkish rider had never reached the podium and a woman had never won two consecutive races. A round of applause for van der Mark, Razgatlioglu and Carrasco.

I TOLD YOU SO – After Gara 1 van der Mark was clear: “It will be almost impossible to win again on Sunday”. Don't believe everything the Dutchman says, though the 'almost' left a small door open.