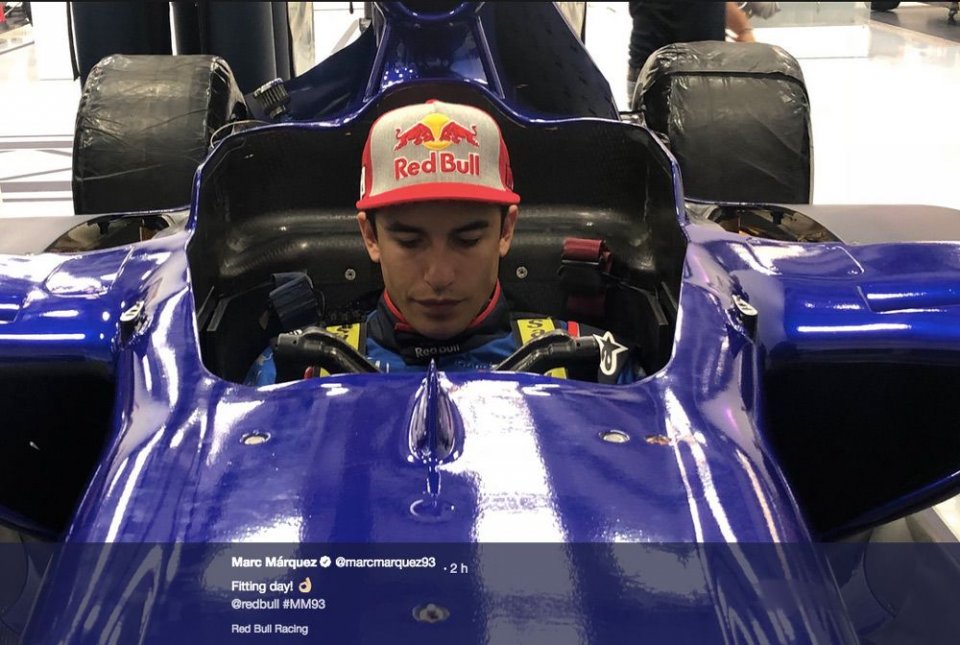 Here is Marc Marquez at the wheel of a Formula 1 for the first time, albeit a stationary car, at the Red Bull team's base in Milton Keynes. The Spaniard has flown to the UK to allow the F1 team's 'tailors' to measure him up and create the seat he'll use to test the car.

The test is set to take place at the Red Bull Ring after the Mugello GP and Marc will be in good company, as Dani Pedrosa and Tony Cairoli are also invited to take part in this four-wheel experience by their shared sponsor.

Before heading out on track, seats need to be built and then the riders/drivers will get to grips with the F1 using the sophisticated simulator that perfectly reproduces the car's behaviour. A necessary step before taking the bull... by the steering wheel.

Marquez thus joins the list of riders who have tested Formula 1 cars. The last to do so was Jorge Lorenzo, who drove Hamilton's Mercedes at Silverstone two years ago. At the same track, a few years prior, Max Biaggi tested the Toyota-powered Midland and, before that, the Ferrari at Fiorano. Then there was Valentino's Ferrari test of course, the Doctor also driving it at Mugello.

In 1998, Mick Doohan drove the Williams at Barcelona, while a collective test of the Brabham at Paul Ricard saw Barry Sheene, Marco Lucchinelli and Franco Uncini take the wheel.