Dani Pedrosa’s Honda is also in the top ten on Friday at Le Mans. The Spaniard, like Marquez, also tried the new fairing, but he prefers not to make a judgment just yet. In any case, his expression is brimming with a certain confidence.

“Unfortunately, it was not a great day – he admitted – but we managed to improve and take a step forward. In fact, I hope that the sensations tomorrow will be better, as well as confidence with the bike.”

Attention then shifted to the aerodynamics.

“I tried the winglets on the last outing and I must say that I felt less front lift – he pointed out – That is definitely an advantage, partly because it lets me have better sensations on the straight. I think that we struggle a bit coming out of corners, but it’s only Friday.”

The Spaniard’s mind is on Saturday.

“We still need to figure out the best choice – he admitted – After the last tests, I must say that at the beginning this morning, things were not simple, but we managed to improve.”

However, there are a few aspects that satisfy Pedrosa.

“The Honda has better balance – he revealed – At the moment I tried the new fairing only at Mugello, so we will still need to do our due diligence. Also because the times are one thing and confidence is another. Based on what we saw in the tests last week, the fairing without winglets might be better on a track like Mugello, as opposed to Le Mans.” 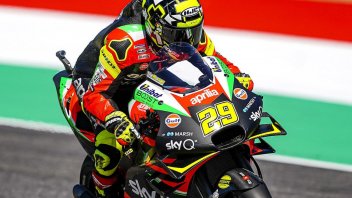 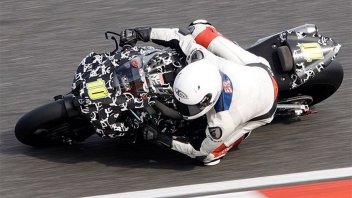 In a video on You Tube, the driver defended his reasons but confirms the end of his experience with Audi in the Formula E
5 min 36 sec ago

Rainey: "With the way things are in California right now, there is no way we can race with spectators at Laguna Seca in July ". The series is set to...
4 days 20 hours ago