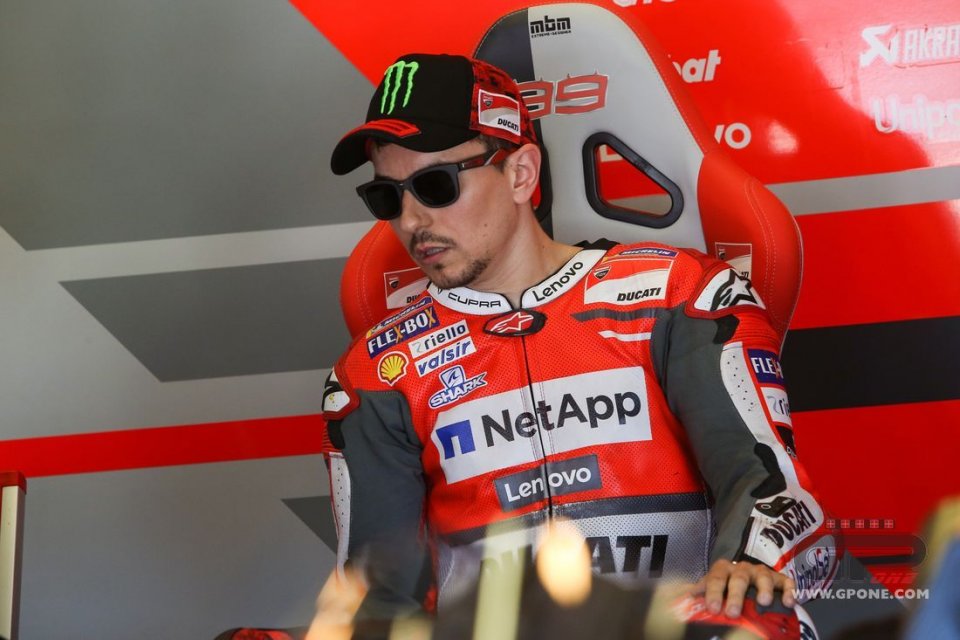 With Dovizioso now close to renewing with Ducati, and Iannone likely to extend with Suzuki, the market options for Lorenzo are increasingly limited. Staying with the red team appears the most appetising option for the Majorcan. Also because Jorge denies wanting to take himself out of the game for a year.

“There is no chance I'll take a sabbatical year, when i stop racing I'll do so for good” he states firmly.

Yet continuing with Ducati means a renegotiation that will inevitably mean a lot less money.

“I'm discussing my future with my manager, but right now I can only think about going faster. I don't think I deserve to only have 6 points in the standings, but some back luck and the fact that sensations are not good on the bike means I haven't yet scored good results. I'd like to finish what I've started in Ducati, managing to win some races if not the title”.

He'll have to play the right cards if he wants to convince Ducati to keep him.

“The next four or five tracks are favourable and will be fundamental when it comes to showing whether I'm able to achieve good results and show my potential. Right now, I'm pleased with how I feel on the bike, the new parts brought to Jerez offered greater stability and that's an advantage for my riding style”.

Jorge also liked the new frame he tested at Mugello.

“It's not exactly new, as Dovizioso already tested it over the winter but I hadn't had chance until now. It's similar to what I use normally, but I felt some improvement. It will be important to test it here at Le Mans for further confirmation”.