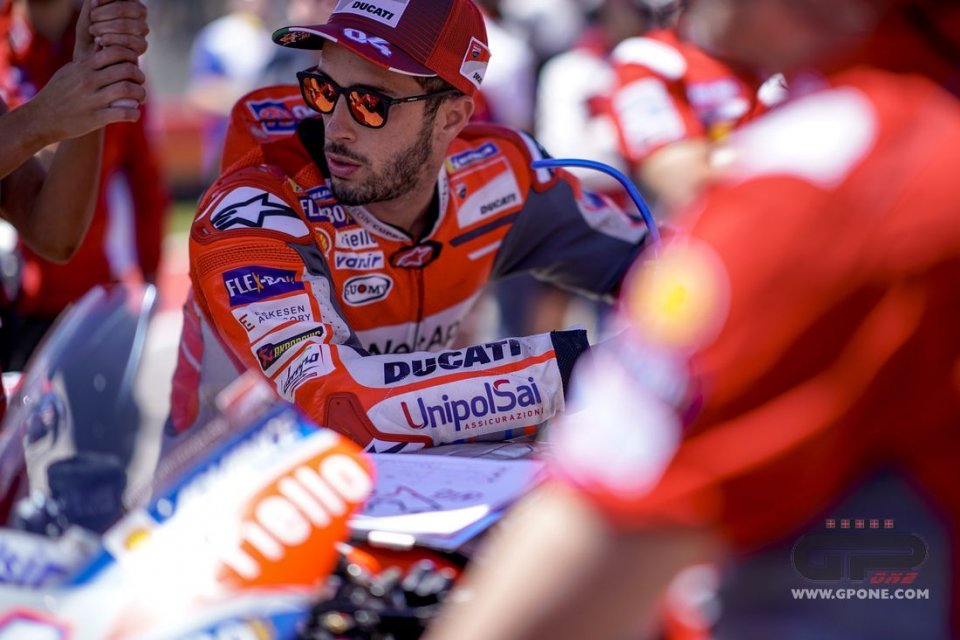 The sun shines down on the Le Mans track and even the clouds that were hovering over the Dovizioso-Ducati contract renewal seem to be clearing, something that Dovizioso himself confirms: “we've got closer in recent days, everything's going well, there are just a few details to iron out, this is why there's no announcement yet”.

Could it arrive in the coming days?
“It will arrive when it arrives (he laughs). My manager, Simone Battistella, will get here this evening and will take care of working out the last details”.

A hypothetical question, if you were to move to Honda would it be easier to tougher to try and beat Marquez with the same bike?
“I can't answer that because until you test a bike you can't know the details. What I can say is that we are dealing with a phenomenon, Marc has always made the difference ever since arriving in MotoGP.  Beating him on a Honda would be complicated for anyone”.

Would it be more special though?
“Beating a rider with the same bike is always more satisfying but being able to fight for the title with Ducati has another flavour altogether”.

And it's your goal again this season. What bearing does the DNF at Jerez have?
“When you're fighting for the title against Marquez and Honda you can't afford to lose any points, but for now the standings are still tight and the situation has already changed more than once throughout these initial rounds. I am a rider who always races with one eye on the standings, but it's impossible to make any calculations right now".

The 24-point disadvantage doesn't worry you?
“Not especially, though I realise it's a significant gap. Everyone makes mistakes sooner or later, even Marquez, but we can't focus on this. We need to concentrate on being fast even at tracks where we usually struggle”.

Le Mans, on paper at least, is not one of those…
"But you can't make predictions, especially coming from a round as strange as Jerez. Another confirmation of just how crazy MotoGP is today”.

In what sense?
“We went to Sepang with clear ideas after winter testing, but then after three sessions I didn't have the pace to reach the podium. we worked hard and made some unexpected changes, like with the fairing, and on Sunday perhaps I even could have battled for the win”.

What do you expect this weekend?
“That it goes well, last year we couldn't use the fairing and I think it might give us a small advantage here. But it's the way the tyres work with our bike that will make the difference, as usual”.

After the last two years spent in MotoAmerica, next season Hector Barbera will return to racing in British Superbike with TAG Racing Honda
1 day 1 hour ago

The first of four episodes will be available starting January 27th, while the final episode will be released on February 7th. For now, it’ll only be...
5 days 19 hours ago