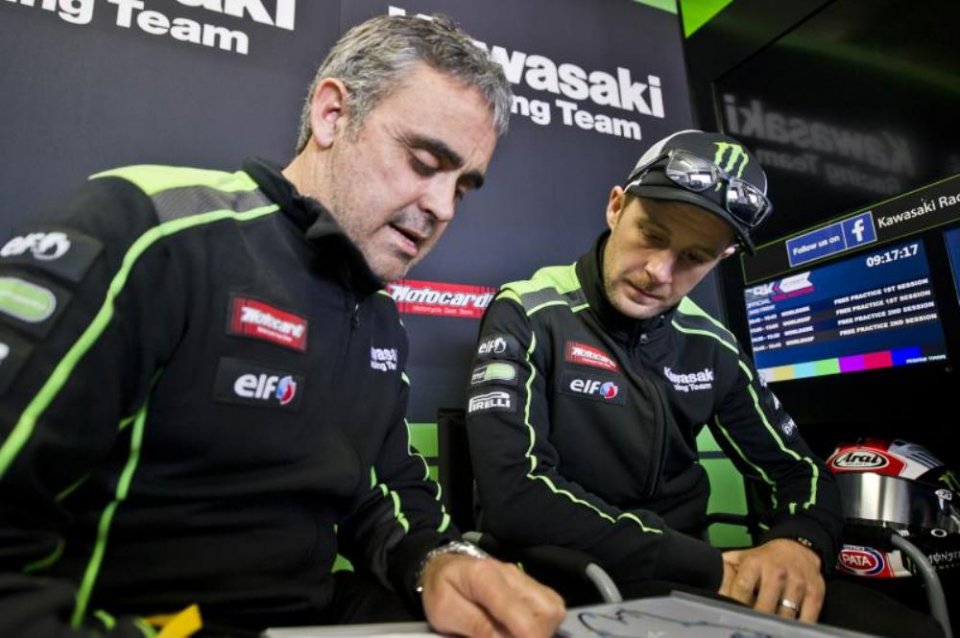 Minds are on the present, but also on the future. The Imola round put a smile back on Pere Riba's face and he now looks confidently ahead to the Donington round, set to take place in just over ten days time. The Kawasaki boss has not only the track but also the rider market to deal with, though the aims are clear ahead of next season.

Let's start with the Imola wins.

“It was a great weekend, in which we achieved the maximum result. We're very happy, for both Johnny and Tom. Rea has extended his championship lead, while Sykes has confirmed the steps taken at Assen. The championship is still long though, and anything could happen”.

Attention is already focusing on 2019, and there are rumours of a third race.

“The key word is the show, or rather what moves the Circus. In recent years, the format has undergone various changes, all to fuel the show. Therefore, if this idea might increase the appeal of the Circus, all well and good.  An extra race would probably mean an increase in costs, but this would not be a problem if it proved beneficial for the championship”.

“Better to have an extra race over the weekend, rather than an extra round on the calendar. Look at MotoGP for example, they are away from home for almost 200 days a year, while we do about half, and so costs are obviously lower”.

Many managers are calling for a return to the old grid, doing away with the partial invertion.

“At times the grid helps riders, and at other times it doesn't. This was done so as to make the Superbike races more interesting. Personally, it changes little for a rider like Rea. It's fine with me if they change it”.

Then there is the regulation, the current one having come as a blow to Kawasaki.

“It's hard to come up with a regulation that works for all the riders, I'd say it's impossible. What we have now has penalised us during the year and this is clear. The important thing is that as of next year, changes are not made during the season, based on riders' results. I say this because if a team achieves good results, it's not right to penalise them. Generally, those who work well deserve to be rewarded”.

“The acquisition of extra components during the season involves significant costs. This is a big problem in terms of the economics. As I've said, if a team and rider work well, it's not right to penalise them”.

the Kawasaki manager gives an example.

“In MotoGP if Marquez or Valentino were punished for being competitive, what would they do? They'd probably already have walked away (he smiles). We need to have balanced rules, without limiting those who work well”.

Beyond the regulation, there is the question of the riders market.

“Our priority is to confirm Tom and Johnny of course. They know the bike and team well and there is great synergy within the team, the results confirm this. I've heard many rumours in recent months but our aim is to continue with them”.

One final question: is Razgatlioglu ready for the factory Kawasaki?

“Yes, he's young and has demonstrated his potential. What counts is the team, because it's only thanks to the team that results come. Johnny became champion because he's a great rider, but he also had a competitive team behind him”.

The calendar for next year has been set and will be made public today. After Kazakhstan, another country enters the World Championship.
5 hours 14 min ago

Pecco will have to watch out for teammate Jack Miller triumphant in Motegi and eager to score another success, the fourth in his career in the...
23 hours 48 min ago