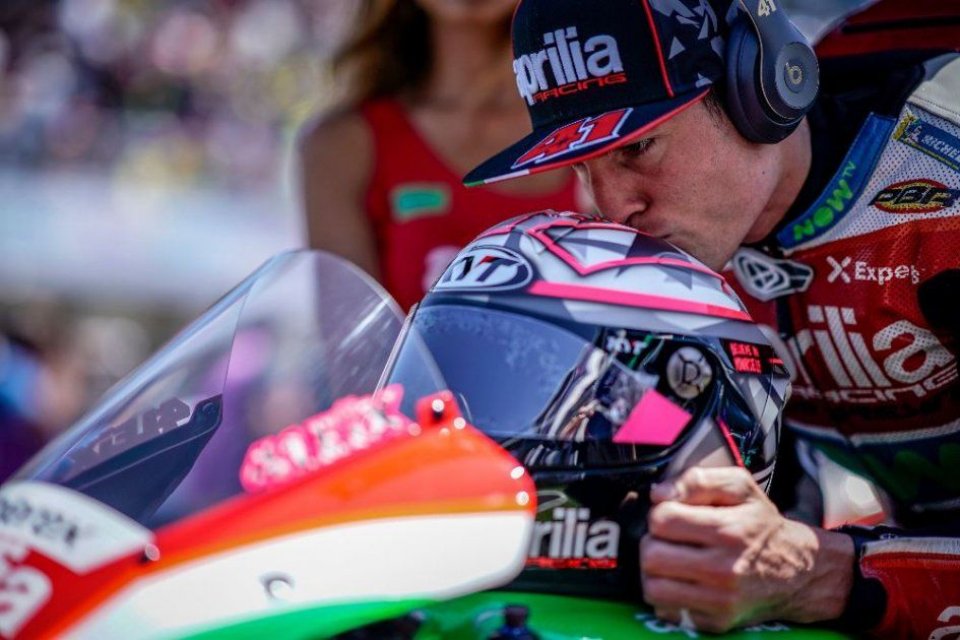 Operation do-over! The French round could be defined as such for Aprilia, the team seeking some solid results after the disappointment of the Jerez round. Aleix Espargarò wants to put his retirement from the Spanish GP firmly behind him, by aiming high at Le Mans.

Before arriving in France, the rider was able to test a new swing-arm during a two-day test at Mugello. Sensations were positive, though the part will not be seen on the racetrack until the Mugello weekend: "Le Mans is a particular track; very 'stop-and-go', with hard braking and abrupt acceleration. The climate also contributes to increase the level of difficulty, so first and foremost I hope to find consistent weather.

Aleix has clear ideas as to what to expect: “My goal is still to stay in the top six. We have the potential and in the Mugello tests we took another step forward."

On the other side of the garage, Scott Redding is quietly confident:“I like the French track. It is rather different than the others on the calendar. In the two days of testing at Mugello we made some radical changes to the setup of my RS-GP and I think we will be able to start from this information, given the positive sensations."

His current position in the standings falls below expectations and he doesn't hide this fact: “In these early races the results have not been what we expected, but I know that I have greater potential. I want to thank the guys on the team for the support they're giving me. They deserve a great result for all their hard work."