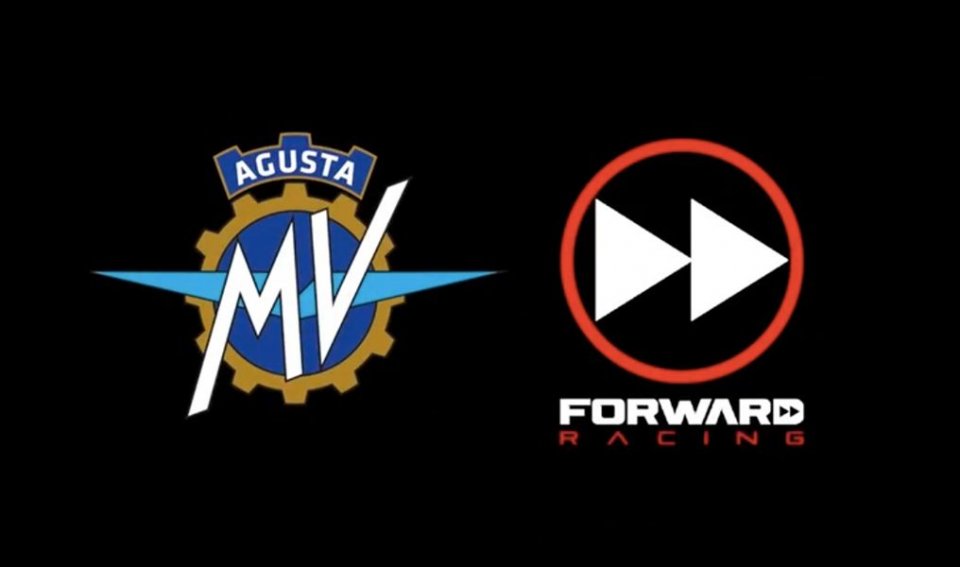 3 July will make an important but also sad anniversary, 42 years since Mv Agusta withdrew from the world championship. An anniversary that won't be repeated though, as MV Agusta will compete in next season's Moto2 championship thanks to a collaboration with Team Forward.

The two Giovannis (Castiglioni and Cuzari) have worked on this project for months and now the dream is set to come true. “It's all true” confirms Cuzari with a certain degree of emotion, understandable when we consider that this means the return of a brand that, throughout its history, has won 275 Grand Prix, 37 manufacturer's and 38 rider's titles, in categories spanning from 125 to 500.

Its future is now Moto2, with Castiglioni and Cuzari having come to a long-term agreement: 4 years at first, with an option to continue for another 4. The pretext for diving into the series was the upcoming move to the Triumph 3-cylinder engine, an architecture that MV knows very well.

“We've already been working for a couple of months, if it's as fast as it is beautiful then we'll win right away - jokes the owner of Team Forward - Brian GIllen (technical director of the MV Agusta R&D dept.) will head up the project, and the frame will be designed under his guidance, while Suter will collaborate with us in terms of the swing-arm. I don't think we could have come up with a better mix”.

There is great enthusiasm concerning this new adventure as well as excitement about seeing the bike back on track, wearing the traditional MV colours. The test team is headed up by technical expert Mauro Noccioli and the name of the test rider will be announced shortly.

“This is not just a marketing operation - Cuzari underlines - What drives us is passion, as well as the friendship I enjoy with Giovanni (Castiglioni). I remember him as a child and now I see myself in him, in his attitude towards life and racing. When I used the MV colours on my bikes at Misano last year, we were already thinking about this project. It took longer than we expected, someone tried to hold things up, but we're ready to start”.

MV Agusta is back and it will be a tough and interested challenge for everyone involved, because it is not enough for such a brand to participate, it must also be successful. There is no reason to believe it cannot be just that, now all we do is wait and... continue to dream.

“Castiglioni and I have another dream too. What is it? We'd like to start thinking about the MotoGP soon", he concludes, leaving our mouths watering....