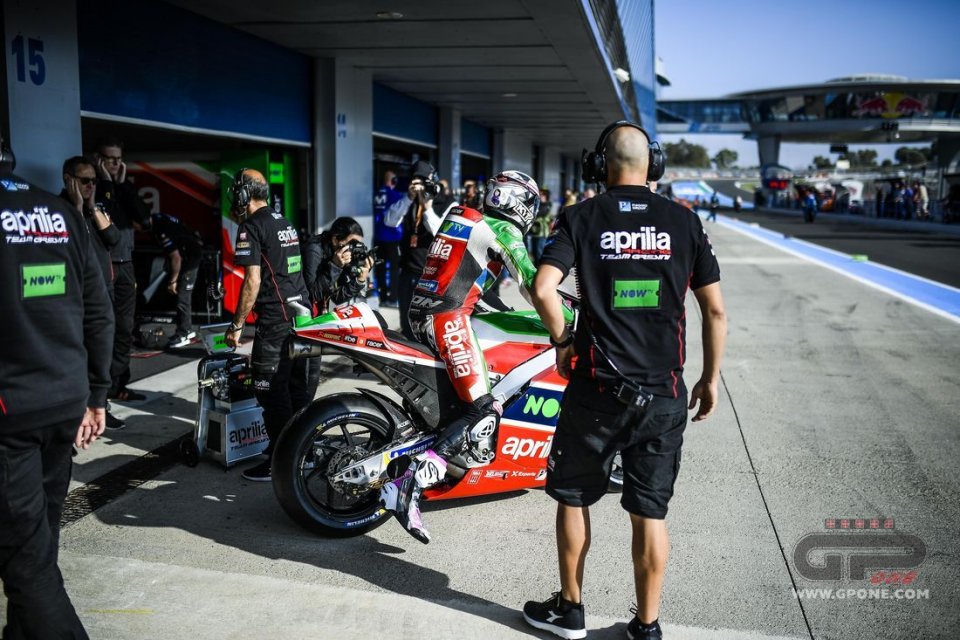 KTM is the most recent manufacturer to have come to MotoGP, but is the first to commit to a satellite team in 2019, thanks to its agreement with Tech3. For a few years now, there has been talk of Suzuki and Aprilia doing something similar, but it doesn't appear to be time just yet. As things stand, it's very unlikely we'll see more than two GSX-RRs on track next year, and the same goes for the RS-GP bikes.

They are considering it in Noale but before making a definitive decision, the pros and cons need to be carefully weighed up. Racing manager Romano Albesiano tells us more (while he talked to us about technical matters HERE).

“I admit that we are in contact with a team in this sense, we're talking. We need to think carefully about this step, as there are advantages but it would also require a strengthening of our internal structure in order to manage it effectively".

Are you leaning more towards ‘no’ than ‘yes’?
“as I've said, we need to be careful before taking certain decisions. Right now, I'd prefer to strengthen the Test Team, another ways to have more data and information available”.

At the same time there's the riders market to deal with…
“We're talking, especially with Aleix. We'd like to continue with him and in all likelihood we will”.

Also with Redding?
“We want to give Scott time to prove himself”.

The names of Iannone and Petrucci have also been linked to Aprilia though…
“I don't deny that we're speaking with various riders, including the two you mention. I think the situation is currently being held up by a few important names, once they move everything will fall into place. We're preparing”.

A final question about SBK: how interested is Aprilia in continuing in this series?
“Aprilia has a long tradition in SBK as well as a sentimental relationship, it would be a shame to leave. In the past, we've come close to doing so, but we've always found a way to continue. Most recently with team Milwaukee, a special ‘factory supported’ customer of ours”.

Will this be the case next year too?
"If we find a similar way to continue then yes, otherwise we'll stop. Our priority for the next three years is the MotoGP project, then we'll see. Having said that, if the conditions are there we'll continue to compete in SBK too”.

"Lapping is exhausting, but the asphalt has held up well. The problem? We could not test the reliability before today, but I'm happy with the bike"
4 hours 42 sec ago

The rider also injured his head, doctors gave him the okay to continue tests, but Danilo could stop as a precaution
9 hours 39 min ago

Alvaro and Leon Haslam will be back in action on Thursday and Friday at Motorland, new material and engineers expected from Japan
2 days 5 hours ago

For the first time the riders will use the brand new rear tyre in the race which will be put to the test by the extreme heat. In MotoE tyres made...
2 days 8 hours ago

The Dutch team (which was supposed to run with Tom Toparis and Gianluca Sconza) has postponed its debut in the World Cup due to the financial...
2 days 17 hours ago