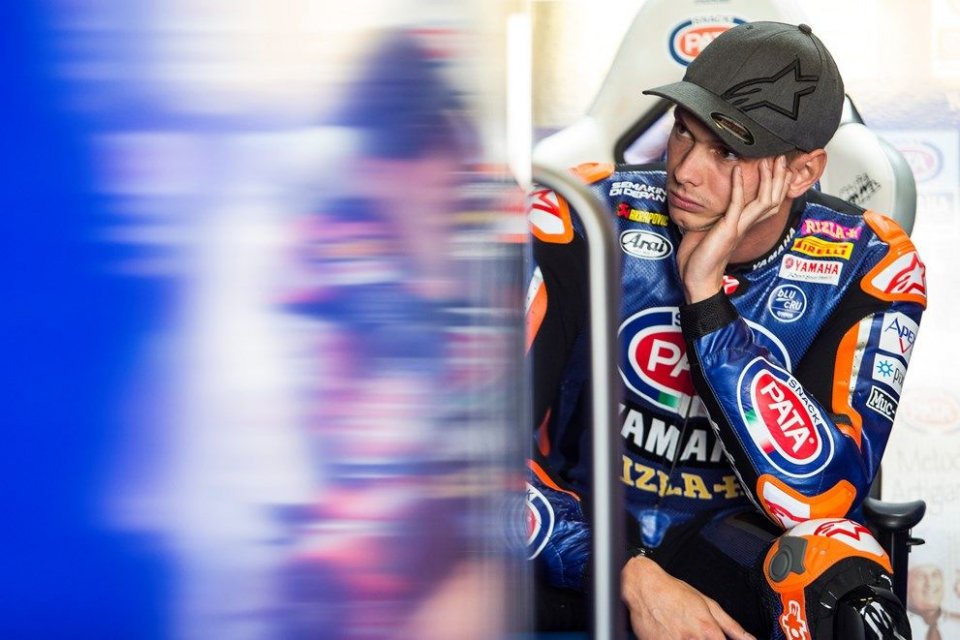 Michael van der Mark was hoping to reach the podium, to cancel out the problems suffered with the R1 over the weekend. But his race was brought to an abrupt end on lap eleven, when he made contact with the Ducati of Marco Melandri heading  into Rivazza. The Italian was lying fourth at the time and neither of the riders was able to continue. There couldn't have been a worse end.

“In that moment, I had Marco in front of me. I was studying him to try and make a pass. unfortunately I lost control of my bike and ran into him. I obviously didn't intend to cause him to crash, also because this was his home race and there were many Ducati fans”.

The Dutchman immediately went to the Aruba garage to apologise.

“It was the only thing I could do. I spoke with the team and Marco's manager. In the end race direction considered it a normal racing incident. I'm really sorry, because I ruined his race and mine too”.

The Dutchman then sums up his weekend.

“unfortunately it wasn't an easy weekend for us. Right from Friday, we struggled to keep pace with the fastest guys, and in race 1 I was struggling with acceleration. Today went better, in that I had more confidence with the R1. A pity for how it ended, but we'll try again at Donington”.