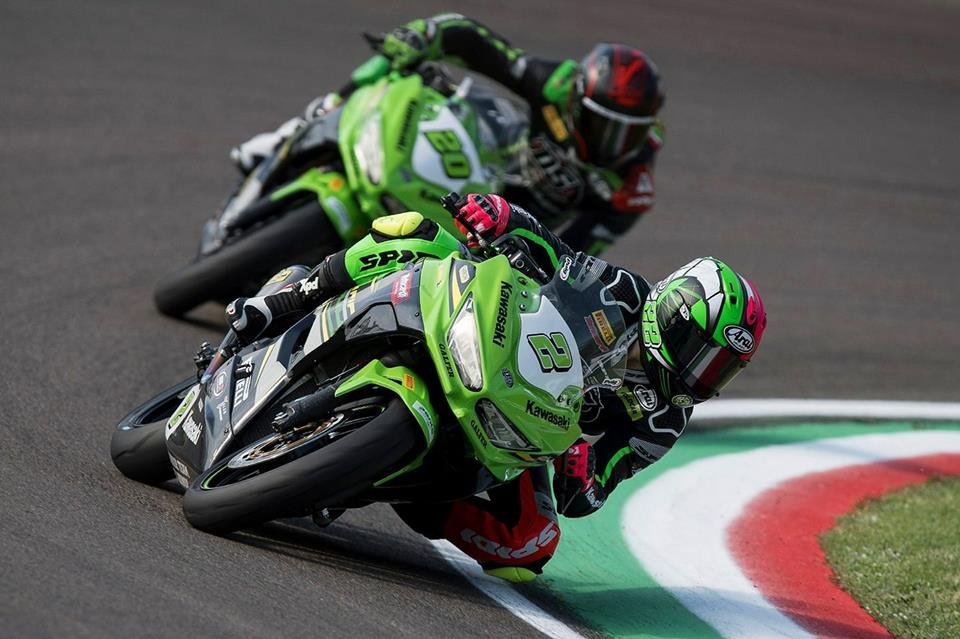 A spectacular Ana Carrasco. Having scored a fantastic pole yesterday, the Spaniard also hit the biggest target, winning her second ever race in the category and writing another page in the history books. The rider ran the perfect race, getting away well from pole and immediately building a two second lead on the chasing pack, before increasing the gap to almost fourteen seconds to cross the line first. “I was quick all weekend, in the race I tried to focus on my pace and it worked, I thought it would be harder but it all came naturally. The bike was perfect, I really have to thank the whole team”.

Behind her a real battle played out, in classic Supersport300 style, a fight won by Borja Sanchez, who crossed the line third but was promoted to second after Kevin Sabatucci was penalised. “This is my first podium this season and I'm really pleased, the team has done a great job”.

Flying the Italian flag on the podium was Kevin Sabatucci, who found himself docked a position for having exceeded the spit limit at the last chicane. He can nevertheless celebrate after a run of bad luck. “It was a tough race. At first I struggled then the many crashed allowed me to catch up and I reach the podium group. In the final laps I used my head, and the final corner was the best moment of the race”.

Luca Grunwald closed in fourth, followed by Hendra Pratama, Jahnig and Maria Herrera, who did well to make the recovery she did. Equally impressive was Luca Bernardi, who started from the back of the grid to close 12th. There was a number of crashes as is often the case in this category, involving the likes of Deroue and Meuffels, as well as Italians Bastianelli and Grassia. 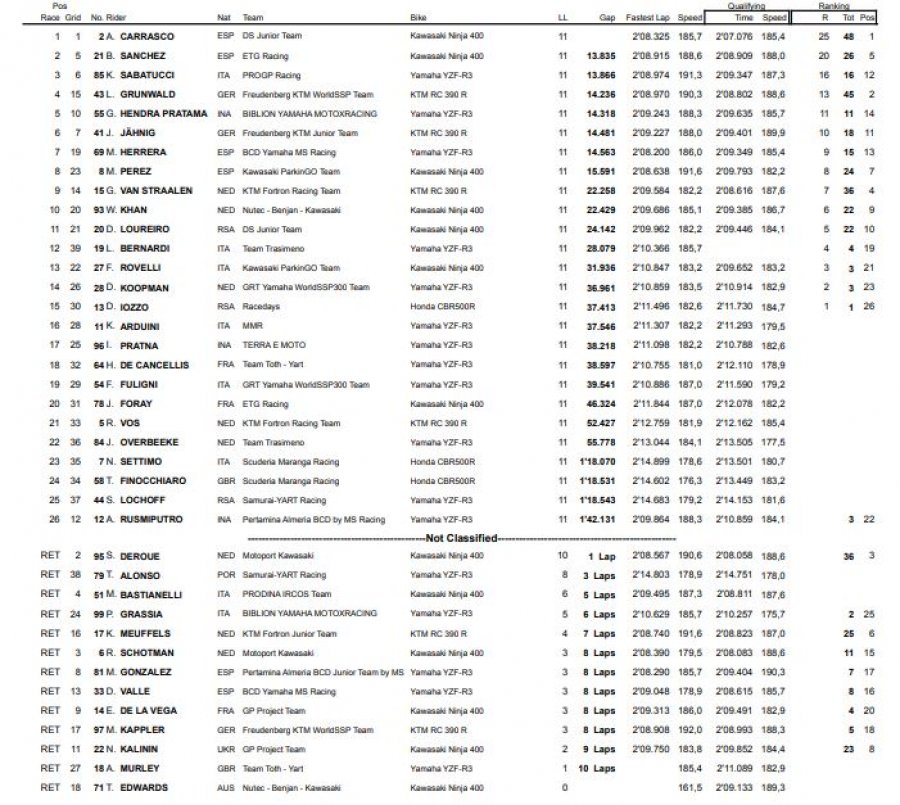