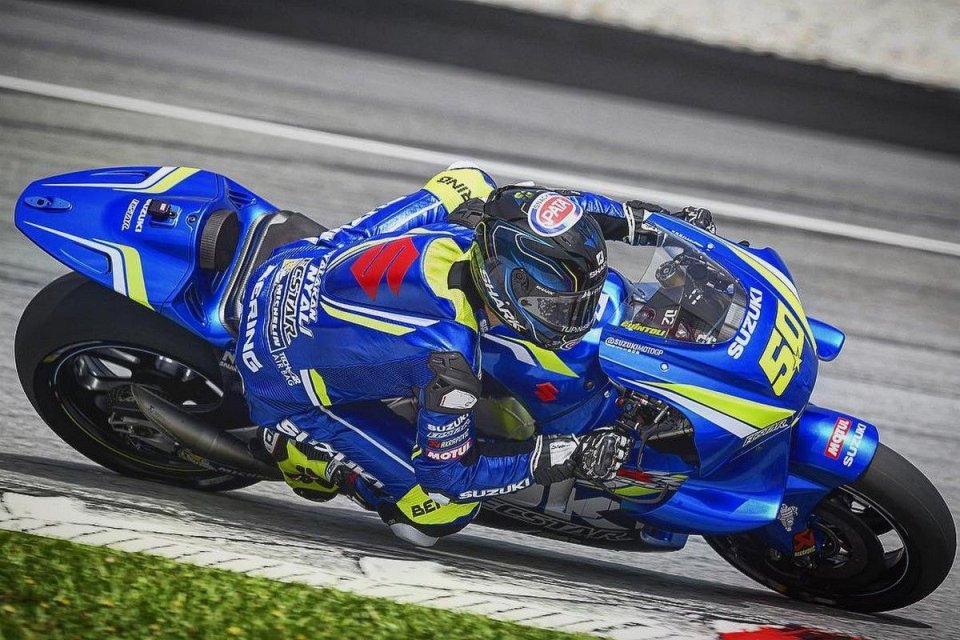 A third factory Suzuki GSX-RR will take to the track at Brno. In addition to the team Ecstar bikes entrusted to Andrea Iannone and Alex Rins, a third will be ridden by Frenchman Sylvain Guintoli, test rider for the Hamamatsu manufacturer. His work consists of taking new parts sent by the Japanese race department to the limit on track, selecting the best and beginning the development programme; not an easy task in that it requires speed, technical sensitivity and experience.

Guintoli, 35, is now spending even more time on a bike than he did when he competed in a championship full-time; Suzuki is really focused on its MotoGP development, with other Japanese test riders often joining the former World Superbike champion.

Sylvain competed as a wildcard on three occasions last year, at his home track of Le Mans, then Mugello and Barcelona. Guintoli also raced in Superbike, at Jerez and Losail, with Puccetti's Kawasaki ZX10RR.

The Frenchman has previously raced at Brno with the Honda and Aprilia two-stroke 250s and with the MotoGP, the Yamaha M1. He even rode the Desmosedici 800 in 2008. Suffice to say then that he knows the undulating Czech track very well.

Last year, “Guinters” also raced in British Superbike with a GSX-R 1000, something that led to his current test rider role. It's interesting to note that since he came on board, Iannone and Rins' bikes have been more competitive in fact.