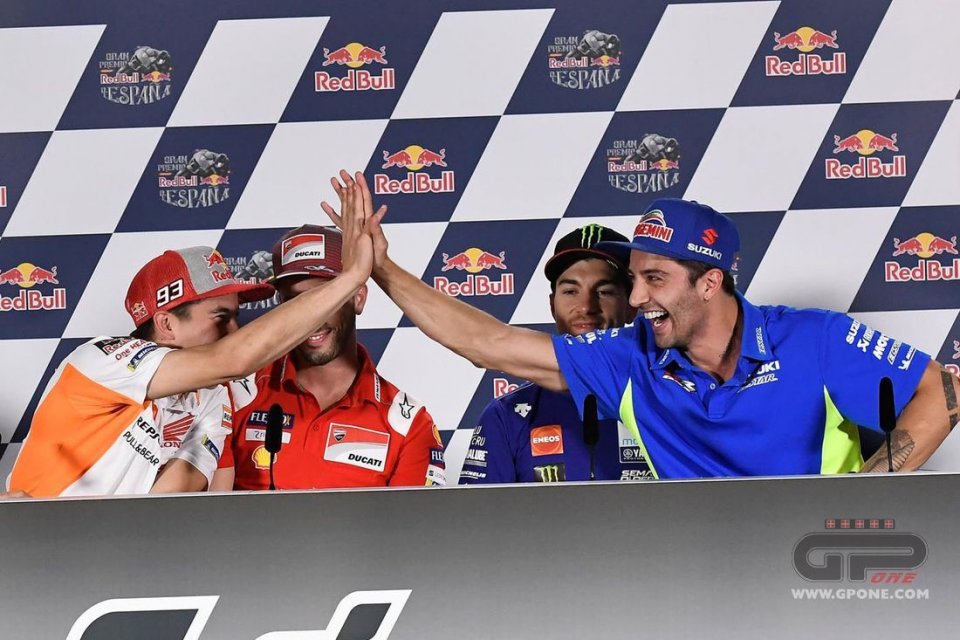 One point. This is all that separates Marc Marquez from Andrea Dovizioso. The battle now moves on to Spain, a track at which the Italian has often suffered, never even reaching the podium in fact. #93 therefore has a chance to move ahead, but he prefers to keep his feet on the ground: “Many things change in Europe, particularly the tracks, as they're narrower than the ones we've seen so far. There's also new asphalt at Jerez, so I'm sure the gaps will be reduced. I competed a test with the Honda and sensations were positive”.

While Marc's future with Honda is certain, there is still doubt as to who his team-mate will be: “I heard that Honda was thinking about Zarco, as Johann is fast. I think KTM has chosen a competitive rider. I'm only interested in having a strong team-mate, the only riders I can see are Dani Pedrosa and Andrea Dovizioso, the current leader”.

Essentially, Marc opens the door for the Italian, who is still negotiating with Ducati. For now though, his mind is focused solely on the first European round. The six-time champion hopes to repeat his Texas result in front of his home crowd, but it won't be as simple as it was in America: “If everyone had the chance to race like I did in America, they'd do so, it's the easiest way to win. Unfortunately it's always a tight battle, though it was nice to have that kind of race there”.

Marc has only won once in the top class at Jerez: “I like this track, but it's not the best for me. I've reached the podium each year and this is the most important thing. I'll try to improve, also because in previous years I didn't feel as strong with the Honda as I do now".