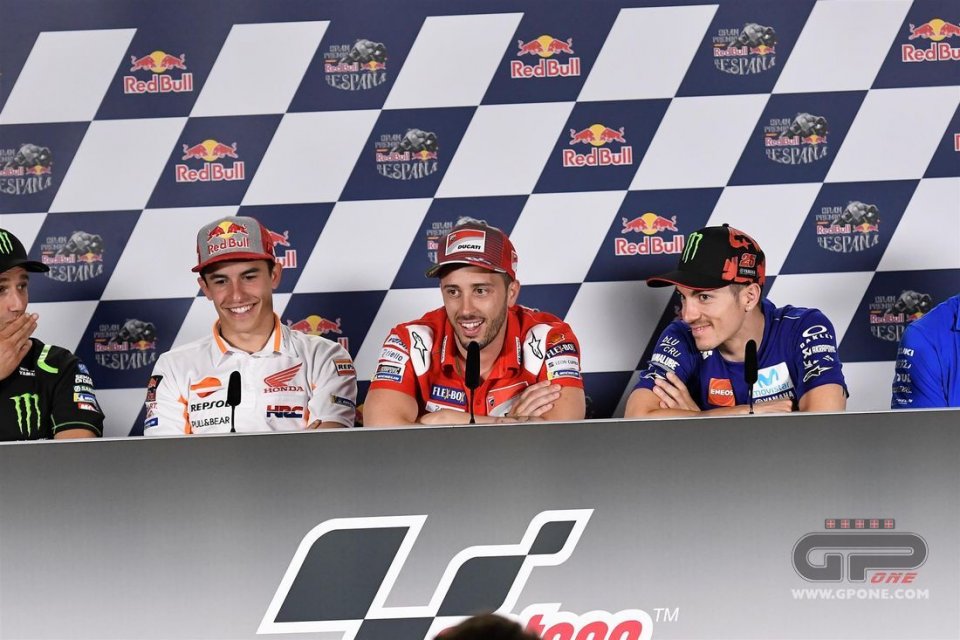 “We're at Jerez and we need to try and reach the podium, that's it”, Dovizioso does his best to avoid any questions regarding his contract renewal with Ducati. He gives it a good go but, whether he likes it or not, Andrea has to say something

“We're talking about it but we haven't taken any big steps forward and I don't have much to add”, he comments.

Did you expect it to take this long?
“Having reached this point, there's nothing else to say, it would be counterproductive for me too”.

Do you have a plan B?
“Let's say I'm very relaxed about it, however it goes I'll land on my feet”.

Marquez has opened a door for you in Honda…
“His response wasn't expected, he could have deflected the journalists. What he said were all his own words”.

How about the Jerez GP, you arrive here as championship leader.
“On one side, I'm a little surprised considering recent results, but on the other I know I've started the year well. I knew that the last two races wouldn't be the best for us, all in all results have been good but our speed hasn't. To fight for the title, we need another step forward. Having said that, I have more points than I did a year ago and we're working well”.

Is this the last tough track for Ducati?
“Le Mans too, here at Jerez we need to see what effect the new asphalt will have, whether negative or positive. In last year's test I was fast, but that's not so important. I know the Hondas were quick during the tests carried out after Qatar, then we need to see the level of Yamaha and Suzuki”.

Are you worried?
“On the contrary, I'm more relaxed coming here than I was at the last two races. I think I can do better”.

Lorenzo has complained about the GP18's weaknesses, do you agree?
“The new Desmosedici is very similar to the previous one, there's been an improvement through the centre of the turn but only a small one. I've never been too enthusiastic, not even over the winter, but this bike's works with my riding style. We still need to improve on our greatest limitation without taking away from our strengths, it's tough but we can do it".