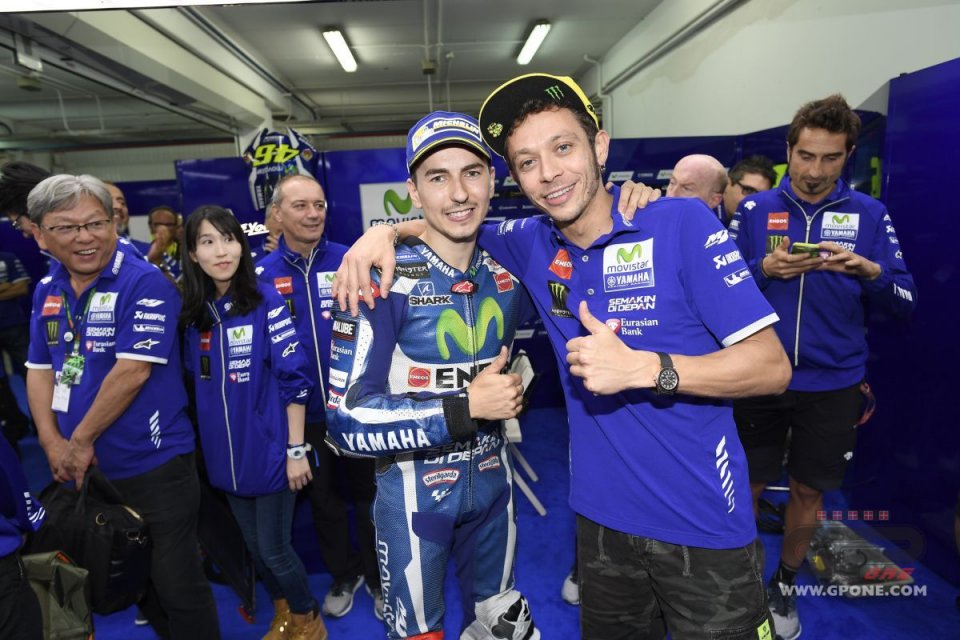 His latest work is entitled What I've learned by 30 and is already his third book, proving that Jorge Lorenzo has a real affinity for writing. The Majorcan wanted to give readers a look at the 'backstage' to his career, without forgetting the Yamaha years alongside Valentino.

In his latest book, Jorge focuses on 2013, the year in which the Doctor returned to Yamaha.

“Rossi had come back to Yamaha and they wanted his results to improve. I found out that my trainer, Antonio Casciano, had met with Rossi and his trainer in Tavullia. He had explained my training method to him and so I decided to stop working with Antonio. Valentino started to train with the exact same bikes that I had been using in Gerno, doing exactly the same exercises. Coincidence or not, he started to be more competitive”.

According to Lorenzo though, the Doctor didn't just copy his training methods but also his bike setting.

“I decided to talk to Maio - he refers to team manager Meregalli - I could accept that they would copy the settings before each race, but that was too much. I preferred that Meregalli did not attend the technical meetings we would hold after each session, I suspected he was passing everything on to Rossi's team”.