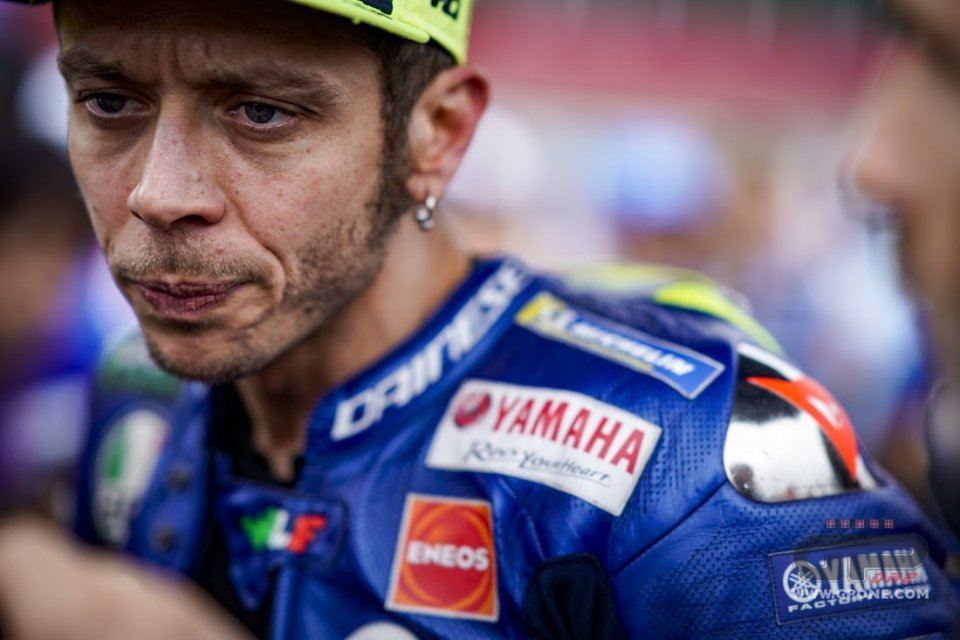 In some cases, time is a great healer, but have ten days been enough to reduce the tension between Marquez and Valentino? At Austin, the Doctor wasn't keen to talk about what happened in Argentina.

“To be honest, I've rewatched the race and think exactly the same things as I said in Argentina. Having said that, it's better to look ahead. We have to focus on this race, turn the page, it would be a waste of time to continue to repeat the same things”.

Perhaps the only remedy might be a face to face between the pair, like Senna and Prost did - one hour inside the motorhome to put an end to it. An appealing  hypothesis but probably not a very practical one.

“I don't know, perhaps it's not yet time to talk with Marc, maybe further on.  The big difference is that Senna and Prost were fighting for the title, while what happened in Argentina was senseless, a different thing. Perhaps one day we'll sit down and talk”.

The risk is that this clash will continue to fuel tension.

“I don't know if this rivalry will continue, the only solution is to look ahead and focus on this race. The important thing is to get back on the bike, ride, work with the team. I'm pleased to be here, this is a tough track and I have to think about our work. We hope tensions don't increase and that we can enjoy a great championship. I think we all need to get back on the bike”.

Rossi may come across Marquez tomorrow though, and not on track. Dorna boss Ezpeleta would like to see them both at the Safety Commission.

“It would be great to talk together about what happened and I'm interested to see what the other riders think. Carmelo wants to talk to us but I don't know what he wants to say, I don't know if he'll change the rules, it will be interesting to listen to what he has to say . We spoke a a few days ago, I called him and told him the same things I said after Argentina”.

Zarco defined Rossi and Marquez as two guards, in that they are difficult to punish.

“I don't know, I've been penalised in the usual way in recent times. It just needs to be clear - this behaviour will lead to this sanction. For example, I think that the incident between me and Marc was worse, but Zarco wasn't correct with Pedrosa either”.

So, essentially, it's time to put it behind us.

“I'm in a good frame of mind. I'm sorry that Argentina was a difficult race in difficult conditions, in a certain sense it worries me. We could have done with some points as we await better days.”

before leaving, Rossi comments on the rumour that Yamaha threatened to oust Uccio after he pushed Marquez out of the garage.

“It's not true. It was all invented by a journalist who has based his whole career on telling lies about me, my family, VR46, the Academy, my dad. Maybe because he had issues with my dad when they were young.. he invents everything, also in this case: 100% fake news”.