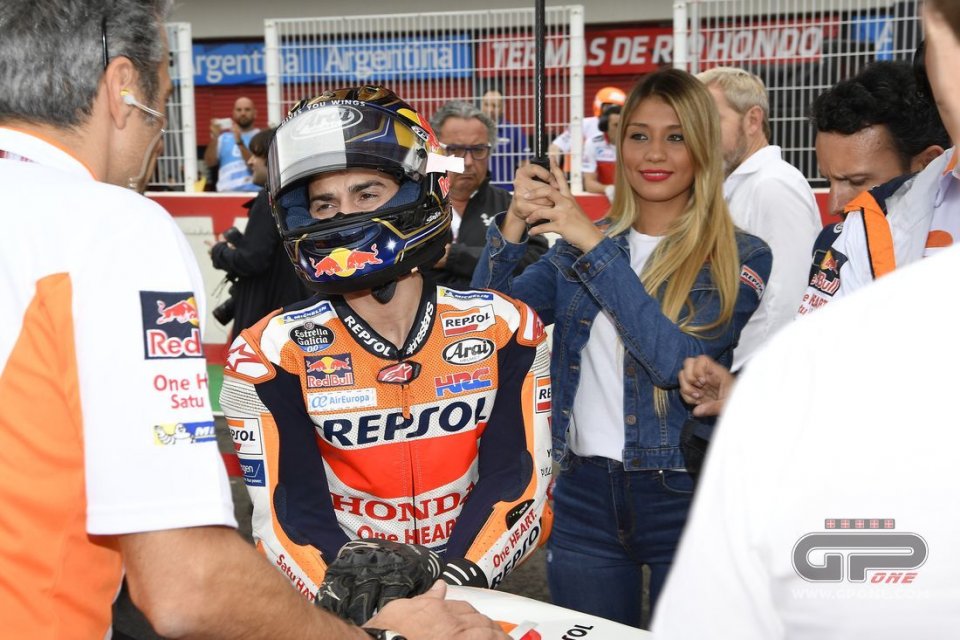 There is no peace for Dani Pedrosa who is about to undergo the umpteenth surgery of his career. The Spanish rider, who crashed as a result of an aggressive pass by Zarco on lap one of the Argentina GP,  had been complaining about wrist pain. Initial tests have excluded the worst but Pedrosa nevertheless wanted to undergo some further tests once back in Spain.

Today, back in Barcelona, he visited the Ospedale Dexeus where Doctor Mir was able to take a look at his wrist. Tests have shown that the Spaniard needs surgery on his right wrist, an operation that will very probably take place today.

Doctors will then be able to estimate Pedrosa's recovery time. The next GP, in Austin, is just around the corner, only 10 days away.

VIDEO – Pedrosa’s advice to Oliveira: “Use the hard, I did”