More than two weeks later, the reply from Brembo arrived on what happened to Lorenzo in the GP of Qatar. Remember that the Majorcan was left ‘without brakes’ during the 12th lap and in order to avoid a possible collision with the air fence, he crashed on the run-off area, fortunately on a slow part of the track. Once the bike was back in the garage, the discovery was made that one of the brake pads was missing, later found in the run-off area.

In the days that followed, Davide Tardozzi, Ducati team manager, had explained to us how he ruled out any negligence on the part of the team as a reason for what happened since, as he told us, “system assembly is idiot proof”.

Today the following official note arrived from Brembo, brake supplier for all the MotoGP teams:

“Regarding what happened to Ducati rider Jorge Lorenzo during the Grand Prix of Qatar, Brembo is very disappointed that the rider's retirement on the 12th lap of the race was caused by a problem related to the braking system.

After careful analysis by our technicians we confirm that the problem has been identified and resolved so that such an anomaly cannot occur again.”

Basically, after carrying out the necessary checks, Brembo admitted their fault for what happened, to say the least, if you’ll excuse the euphemism. Just a few lines to admit that there was a problem, without saying anything whatsoever about the nature of it. After waiting so many days without a response, it was fair to expect a few more details which, however, were not disclosed. The only thing to do is trust Brembo, especially when they assure that the problem has been definitively resolved. 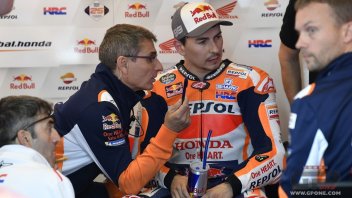 Lorenzo and the mysterious problem: "I can't talk about it." 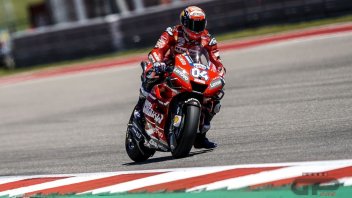 Brembo: Here are the secrets of Dovizioso's braking

Pernat: “Rossi's problem is the team, now he'll decide what to do”

VIDEO. The Japanese team's rider missed the last three GPs of 2019 to solve his physical problems and get to the Sepang tests in the best of shape.
13 hours 38 min ago

Financial problems forced him to reach this decision, despite having signed a contract with the Boe Skull Rider team in September.
2 days 10 hours ago

After winning the first instance of the trial brought by the two former custodians of the villa in Tavullia, the outcome has been reversed on appeal
4 days 15 hours ago

Spaniard, Italian and New Zealander set for induction into the Hall of Fame in 2020 Jorge in Jerez, Maz at Mugello and Hugh later in the year
5 days 14 hours ago

Last week a member of the MotoGP family lost his life.Here are the details of his funeral and a link to a memorial fundraising page in honour of Gary
1 week 8 hours ago