It was abnormal brake pad consumption that caused the system leak and consequent crash by Lorenzo in Losail.

However, the precise identification of the problem has not yet been made.

“We returned the entire system and we are waiting for the analysis that Brembo will conduct”, Davide Tardozzi revealed, back from the Pramac tests in Jerez, where the manufacturer from Borgo Panigale entrusted one of its GP18 machines to Petrux, since their own were not available as they are already on the way to Argentina.

“Ducati has utmost faith in Brembo, with whom we have been working for year with reciprocal satisfaction - he continued - on our part, we have ruled out any error with installation, which is idiot proof”, he concluded jokingly.

To the best of our recollection, nothing like this had ever happened before, with the exception of the known cases - Lawson at Laguna Seca - on completely different systems.

“As I said, it was an abnormal consumption that we are unable to explain. Disc and pads have a maximum wear that must be respected. When they are reached, the system is replaced”, the team manager explains.

The mystery of the brake pads is not the only one that Ducati is facing at the moment: besides the crash, Lorenzo is still performing below standard.

“Jorge has gotten in his own way - Tardozzi admits - he had finished 2017 on an upward trend and the first tests in Malaysia had gone very well too.”

Curiously, the Majorcan’s drop in performance coincided with the absence of Michele Pirro and the arrival of Debon, then immediately celebrated.

“This is something that needs to be clarified straight away: Debon was a request from Jorge that has nothing to do with Pirro, who will continue to come to the Grand Prix races. He won’t be at the next two in Argentina and Texas because of previous commitments, but in Europe he will be at all of them.” 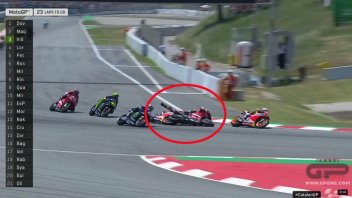 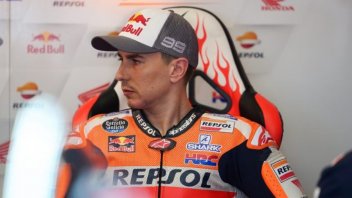 Until May 29th, you'll be able to buy some of the best shots taken during the World Championship. All proceeds from sales will then be donated to the...
23 hours 49 min ago

The two first events of the season have now been authorised. The first race week will take place at the Circuito do Estoril, followed by the...
1 day 4 hours ago

The Californian Yamaha rider took the flag alone ahead of teammate Gagne and Herrin, who beat the Ducati rider in a photo finish. Elias crashed out...
5 days 5 hours ago

The reigning champion started has started 2020 in the best possible way, heading his teammate Jake Gagne. Race 1 at 22:00 on Eurosport
6 days 18 hours ago