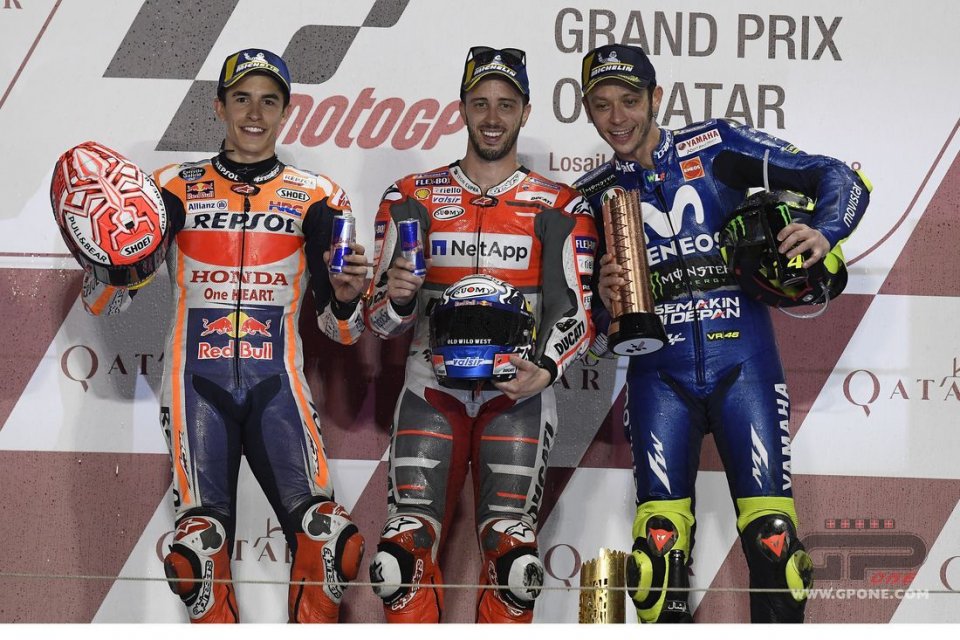 Repetita iuvant, particularly when we have Dovizioso and Marquez at the last corner. While Marc gives it a go, eyes tight shut, Andrea keeps them wide open, crossing the line first with his red bike and writing another chapter in what is becoming an increasingly thrilling book. Opposites attract, and when the Italian and the Spaniard cross paths it always results in a great show.

With the addition of Valentino, who may be advancing in years but but it still quick. A trio to make everyone happy, even the other riders. The others are pleased to have been in the mix, like Zarco who only realised too late that his strategy was the wrong one, or they pik up the pieces, like Lorenzo whose surreal weekend was further conditioned by a dose of bad luck.

An action-packed first MotoGP race then, but the young Italians had already warmed-up the crowd. Hats off to Bagnaia and Baldassarrri, and Dalla Porta. Race one may be done and dusted, but we have another 18 still to enjoy. 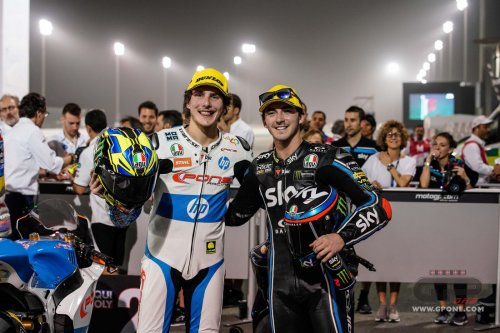 THE GOOD – Italy beats Spain 5 to 4, but two wins boost the result. The two nations shared all of the 9 podium places available. As for the Italians, we saw Lorenzo Dalla Porta finish top 3 for the first time, Bagnaia, who was in need of confirmation, Baldassarri, back at the sharp end after a season to forget. Valentino, for whom we need some new words, having already exhausted all possible adjectives over the last 23 years. And then there's Dovizioso, but we'll get to him later.

THE UGLY –  The decision to alter the time of the race (bringing it forward) came with inevitable consequences. Like a warm-up that took place in the sun and an FP3 that proved useless in terms of gaining entry to Q2. There was no risk of a wet MotoGP race in the end, but there were other negatives.

THE BAD – The months pass but Lorenzo still can't score the kind of result he wants with the Ducati. Jorge is on edge and something's not right in the garage either, what with sparking chains and brakes losing pieces. Patience is a virtue of the strong, as they say in Italy. The Majorcan needs to remember this. 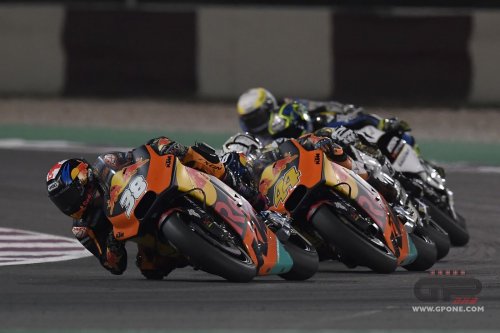 THE DISAPPOINTMENT – Up until a few months ago, there were rumours that Lorenzo might head to KTM, then Zarco, but after the orange bike's performance last weekend, few riders will be tempted to take a trip to Austria. Not even Red Bull money will energise a top rider if the RC16 doesn't pick up, and quickly. There is still time to grow, but the time to attract top level riders is short.

THE CONFIRMATION  – Dovizioso has both the white and black horse, his Ducati an entire herd hidden under the fairing. Andrea is not whispering to horses, but shouting in his rivals' faces - there's no doubt that they have him to contend with (again) this year. His rivals continue to flatter him while at the same time fearing him, perhaps it's time to replace the alter dedicated to Saint Stoner in Borgo Panigale.

THE MISTAKE – When you have a green Honda that goes like the Ducati MotoGP along the straight, all you have to do is hang on and enjoy the rider. Enea Bastianini failed to do so and watched the final sprint from the garage.

THE SURPRISE  –  Three Hondas in the top 7 at Losail is like a snow shower in the desert, but without the cold. It serves, above all, as a warning to their rivals. HRC has really done its homework, and considering who's behind the desk, it's not hard to make predictions.

THE PASS – There's a fine line between a master stroke and disaster. The closer you can get without crashing, the better you are and, in this respect, Marquez is an artist. His latest work? Passing Zarco with a bike like a snake. Lucky for Dovizioso that he was up ahead, he didn't see the risk.

THE INTERESTING FACT– As they took to the podium, the riders took a look back in time to their first race in the reigning class. Marquez started: “I finished behind Valentino”. “The simple pleasures” joked the Doctor, before recalling his first time on the 500. “We were in South Africa, I started further back but caught up, I made the fastest lap of the race. Once I'd reached the leading group, I thought ‘why are they going so slow?’ and then I crashed”.

I TOLD YOU SO – Lorenzo: “anything can happen in MotoGP”. Even ending up without brakes.

“I tried to get more grip on the rear and didn’t succeed. It’s useless to waste time. I’ll focus on the front to brake like Ducati, Honda, and Suzuki...
7 hours 2 min ago

The McAMS Yamaha rider achieved the best time at the end of FP1, with a gap of more than eight tenths on his opponents. Fourth position for Ryde,...
14 hours 35 min ago

The grid line-up for the second heat will be based on the results of the first. Granado leads the way on Friday at Misano with new track record,...
20 hours 40 min ago

The Australian is the latest acquisition of the KTM GP Academy: "In the team of my dreams, together we can do some amazing things"
2 days 23 hours ago

After his shoulder injury, the British Stock 1000 champion will be back on track this weekend at Oulton Park with Stuart Hicken’s team. Farmer will...
3 days 4 hours ago

“It was not possible to continue. I could’ve damaged my arm. I haven’t changed my mind about my future. Aprilia could be an option.”
6 days 2 hours ago