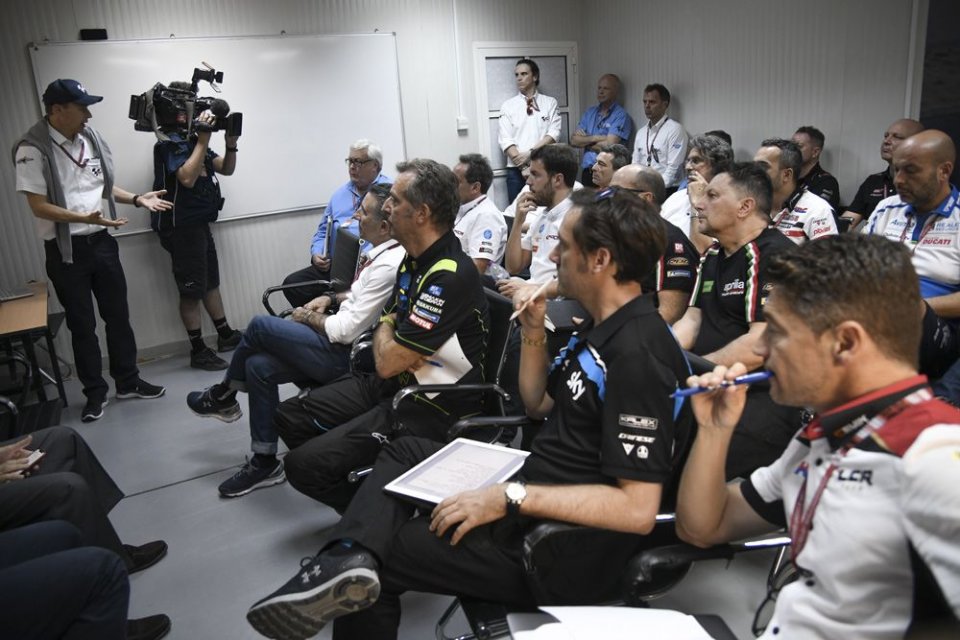 The MotoE World Cup, which begins in 2019, is beginning to take shape. At the Losail circuit, the first constituent meeting was held with the representatives of the teams which will take part in the championship attending.

As already announced, there will be 11 teams with electric bikes on the track for a total of 18 riders on the grid. There are the MotoGP satellite teams and some Moto2 and Moto3 teams. Here is the complete list: Tech 3 Racing, LCR Team, Marc VDS Racing Team, Pramac Racing, Angel Nieto Team, Esponsorama Avintia Racing, Gresini Racing, Sky Racing Team VR46, Pons Racing, Dynavolt Intact GP and SIC58 Squadra Corse.

At the end of the meeting, Cup Director Nicolas Gobert explained that “there will be five rounds next year in Europe but we haven’t yet decided on the tracks we’ll be going to.”

In the meantime, on Sunday in Losail, former 500 rider Simon Crafar will do a demo lap astride the Energica, the bike which will be used in the championship.

The FIM suspends licences for Russian and Belarusian riders and teams