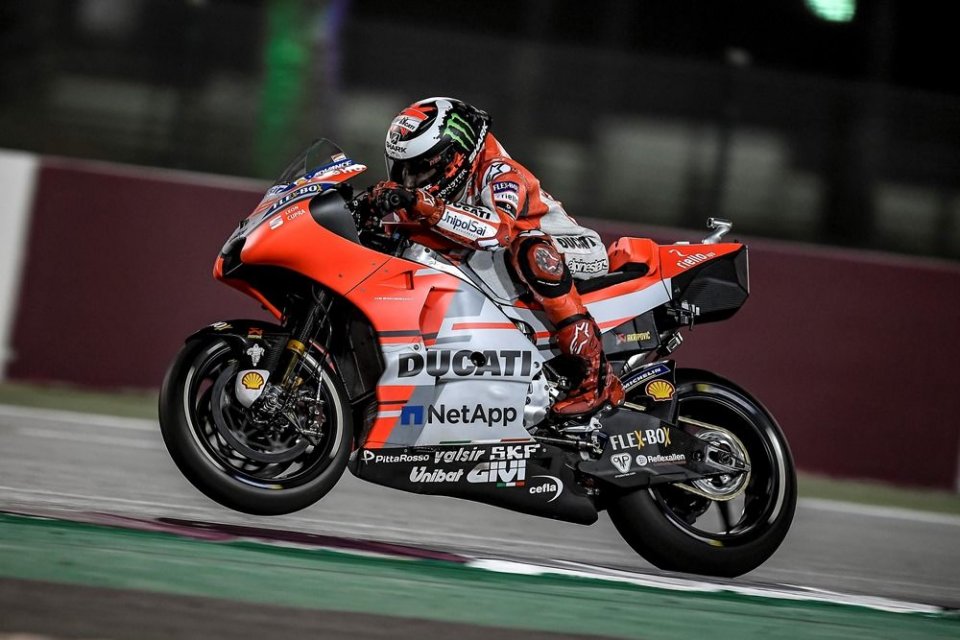 He will start from the ninth spot on the grid, alongside his ex-teammate, namely Valentino Rossi. It as a Saturday of ups and downs for Jorge Lorenzo at Losail, forced to reckon with a seven tenths gap behind the pole position time done by Johann Zarco. Despite the performance, the Majorcan’s morale is high since his race pace seems to be smiling on number 99.

“I must say that my potential is better than the ninth place in qualifying – Jorge began – Unfortunately, today I had some electronics problems that kept me from being consistent. Consequently, a lot of changes had to be made that conditioned me – he explained – Jumping from one bike to the other does not let me stay as focused as I would like to be since the two GP18 machines have some subtle differences.”

However, Lorenzo trusts his race pace.

“I am very happy because I think I am at the same level as the fastest – the Majorcan commented – Unfortunately, tomorrow I will need to recover a few positions at the start, but I’ll try to stay attached to the leading group.”

Zarco’s new track record did not have much of an impact on him.

“Johann was explosive, showing that he has a good compromise with the Yamaha – he pointed out – The favourites are still Dovizioso and Petrucci and I’ll try to be close to them.”

“Honestly, I don’t know what to say – the Majorcan concluded – Maybe the best option is the medium on the front, but we still need to decide.”