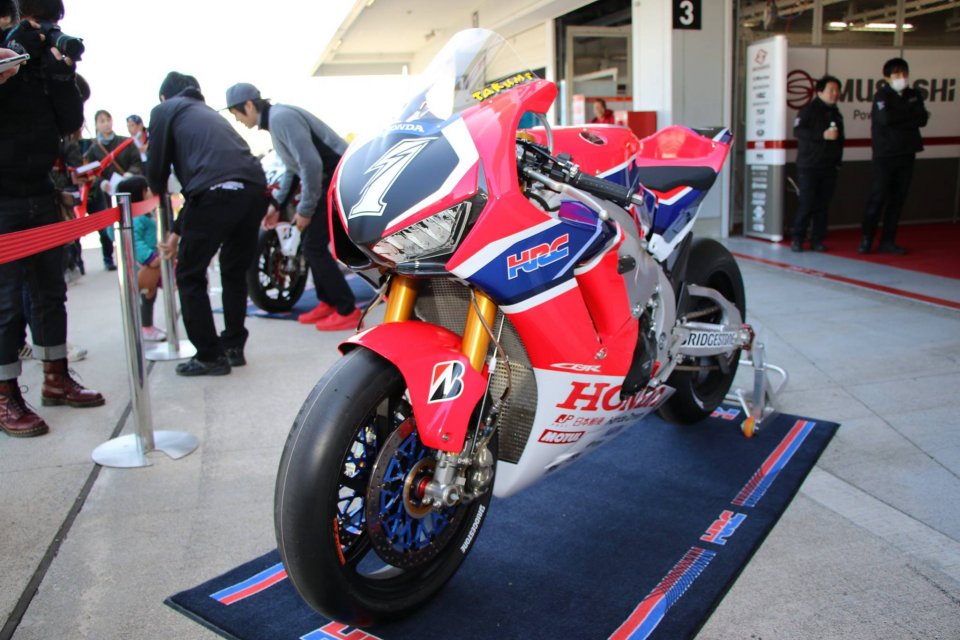 It's been a ten-year wait but it's finally over. At the Suzuka track, Team HRC has unveiled the CBR 1000RRW that will take part in All Japan Superbike and the final World Endurance round, or rather the Suzuka 8 Hours. The factory team thus makes a full-time return to the track.

The 8 Hours is always the most highly-anticipated event and Honda wants to put an end to the fast, following recent victories for Yamaha. In recent years, the manufacturer has supported the Harc-Pro and FCC TSR teams, and now it's time to participate officially. On 29 July, Takumi Takahashi, current All Japan Superbike champion, will be in action with the factory team.

The Japanese rider will be aiming for the top step of the rostrum after finishing fourth last year. For now, he is the only confirmed rider, with his team-mates still to be announced. It is likely that Takaaki Nakagami will return, after a disappointing last 8 Hours, in which a crash for him put paid to the performance of team HARC-PRO. One rider who won't be on board is Jack Miller, now riding for Ducati Pramac. Honda is nevertheless keen to complete the line-up with a MotoGP rider. Crutchlow is one of the most obvious names, but the Brit doesn't seem keen to take part in the July event.