The Qatar tests were three days of catch-up for Aprilia, where Aleix Espargaró had to reckon with a gap behind the leaders of more than a second. However, the Spaniard does not seem worried since times were not the priority.

“I can’t wait to be back here in two weeks to really get to work – the rider for the Noale-based manufacturer said – The tests are important but I’m happier when it’s a race. This year things will be even more interesting – he warned – All the teams and riders will be at a very high level.”

In short, the message Aleix is sending is very simple: no worrying allowed!

“I gave it my best during this pre-season to improve the 2018 RS-GP. It was a pity that a small problem kept me from finishing the race simulation in Qatar – he explained – The truth is that the winter tests are often deceiving. There are a lot of riders who manage to do some fast laps but values will change in the race. I believe in our potential and I am confident that we will be battling for the top 8 straight away.”

There were signs of growth, on the other hand, for Scott Redding, busy continuing his apprenticeship astride the RS-GP after his adventure with Ducati Pramac.

"We made a nice step forward again in Qatar with a few changes that increased my confidence straight away – the Brit stated – I did another long run today and I was fast. I felt good on the bike, doing the same time on a used tyre that I had done Friday with a new tyre.”

So, there is an aspect that gives the Aprilia rider confidence.

“The RS-GP continues to perform very well with the tyres – he revealed – That is something that has always been a problem for me in the past, whereas today it’s the opposite. With the soft tyre and a lot of laps I am able to be incisive and that makes me confident for the race.” 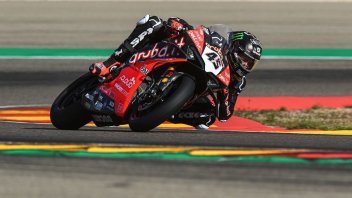 "I was slow last year, but now I have everything I need to stand out. I wanted to win in Qatar, but a fourth place means a lot to me."
3 days 5 hours ago

As the situation remains in a state of constant evolution, new dates for the French GP and the recently-postponed Gran Premio de España cannot be...
4 days 12 hours ago