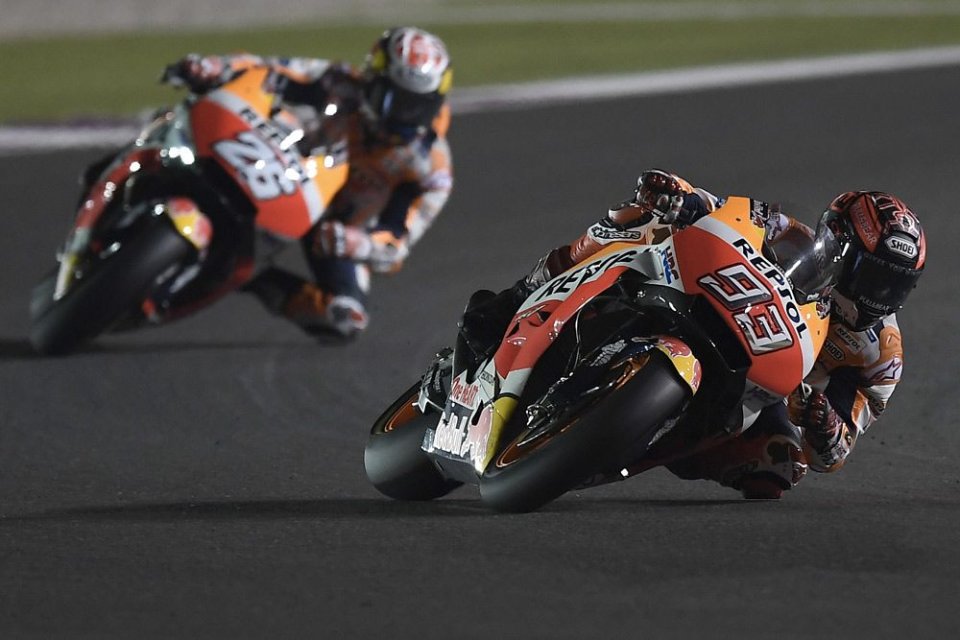 The Qatar test is Marc Marquez's first since renewing his contract until 2020. A signature that was expected but one which the world champion was keen to get down on paper before the start of the season.

“I always said that Honda would be the priority.  We had already started speaking some months ago, but I wanted to start winter testing to understand the situation, from both a racing and personal point of view. I followed my heart and in the end this was the only option I considered, I didn't sit down and speak with anyone else”.

The technical guarantees will have had a bearing of course, but it's rumoured that he's not unhappy with the financial aspect either.

“We were both happy, and in my case, not only from a technical standpoint” he jokes, with reference to his salary.

Now that his future is written, he must focus on the bike. Marc was hoping to get a better idea about the engine at Losail, traditionally a tough track for Honda.

“Last year we were worse off at this track but, after two tracks with very high temperatures, we knew the engine character would be more extreme. We've been able to make some changes though and it's gone quite well. At some tracks we'll be better off of course, here no but it's only day one, we need to sort things out and take a close look”.

Marc held back today while also saving the tyres.

“Day one is always complicated, you have to understand the track and sort the set-up. We don't have many tyres if we want to carry out in depth tests over the next two days, so today I just worked in terms of direction and pace. Tomorrow we'll go into more detail. As soon as I went out on track, in the sun, the engine wasn't bad but as evening came and temperatures dropped, it became increasingly aggressive. We've started to work and have already found something that helps, we're not 100% there yet but we're on a good path”.

“I completed a few laps with Dani and Cal, we took turns pushing at the front. It's always good to understand your weak points compared to the other Hondas” he concludes.

No Fans at Washington Track Due to COVID-19 Restrictions. The Ridge Motorsports Park will be offering 2020 ticket holders the option to either...
14 hours 18 min ago