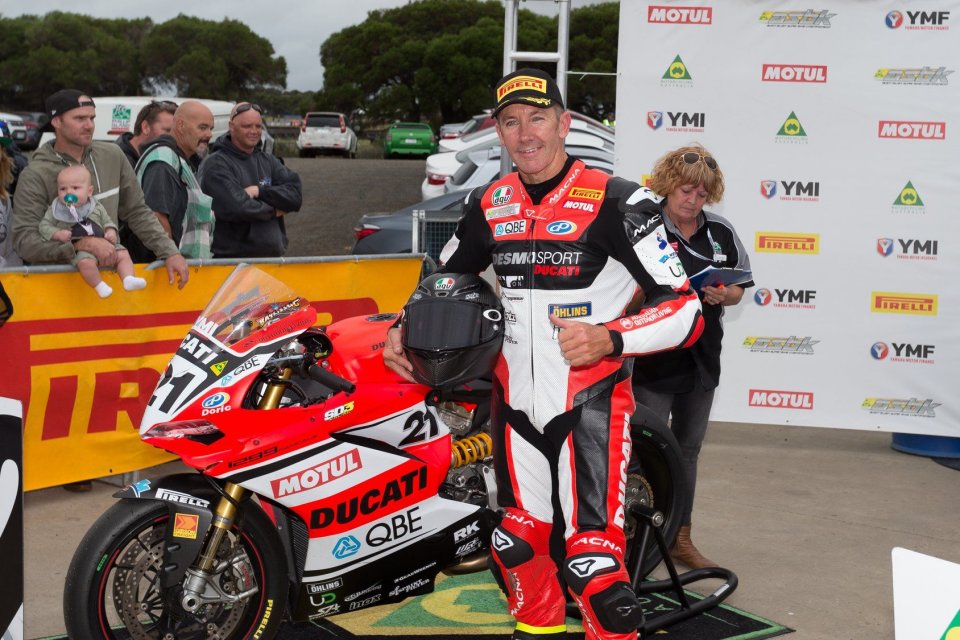 His identity card may show his 48 years, but he still has the spirit of a 15 year old making his début on a bike. Troy Bayliss was the true protagonist of the Australian Superbike opening race, held this weekend on the Phillip Island track concurrently with the World Superbike round.

Already in the qualifiers on Friday, the rider from Taree had shown signs of great competitiveness astride his Panigale 1299 Final Edition shod with Pirelli tyres, and he did not hold back in the race, taking a textbook second place. It was a race conditioned by the rain, so much that race direction was forced to stop it after six laps and then restart it with the same number of laps.

At the first start, Bayliss struggled to maintain the same pace as the leaders, sliding back from third to seventh after less than one lap. Despite the difficulties, the Ducati rider began to twist the throttle, making up position after position until reaching second place behind race leader Josh Waters astride his Suzuki. Then the red flag came out due to the rain and stopped the race.

At the restart, the Australian stayed on Waters’ pipes, avoiding even the tiniest mistake. As if that were not enough, the attack to take the lead came on the third lap. Troy took command of the race, with the fans exploding into a roar of approval trackside. The Ducati rider seemed unstoppable, but he had to reckon with the return of Troy Herfoss who snatched the lead from him just two laps from the end. The Honda rider, once in the lead, raced toward victory and Bayliss had to settle for second place with a margin of only 201 thousandths, followed by Waters and his Suzuki. Troy may not have one, but that does not matter much; trackside, the cheers were all for him.

In any case, the Bayliss family takes home a win on this race Saturday and it is the one earned by young Oli, Troy’s son, in the SuperSport300 category 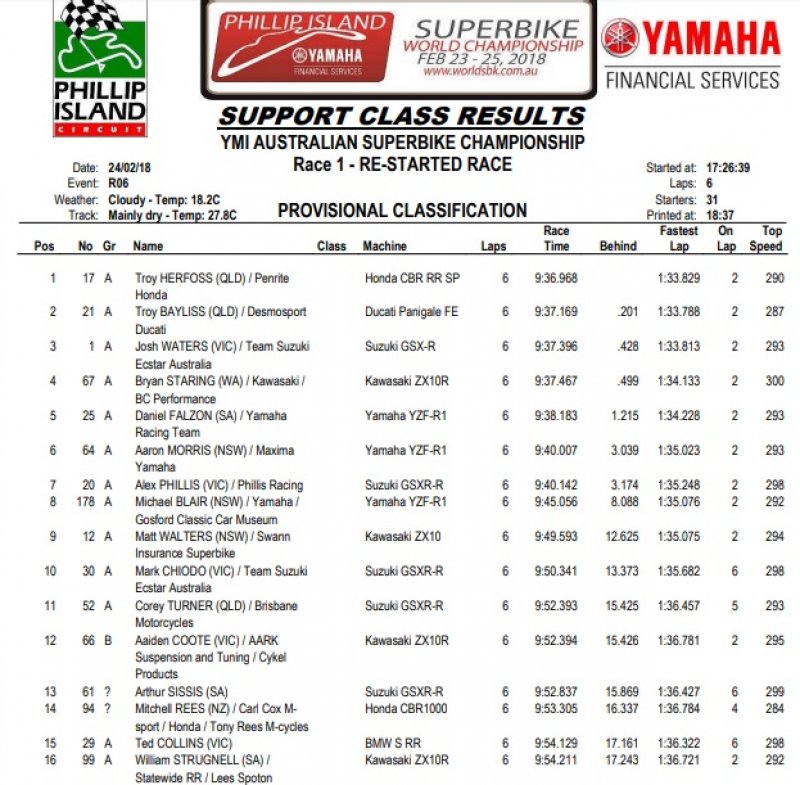