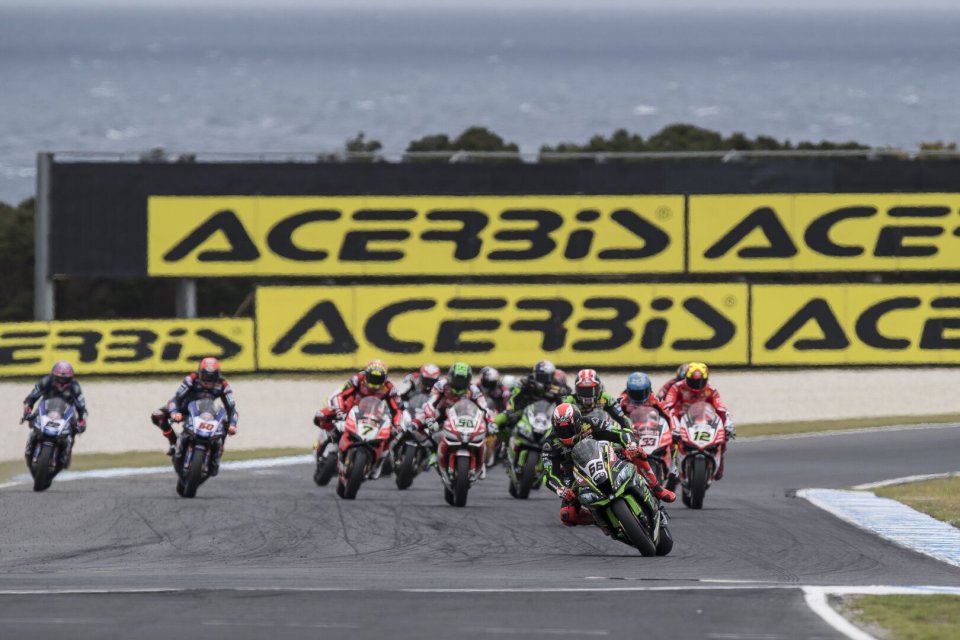 We are only halfway through the first round of the year, but there is already some controversy. The opening Superbike race on the Phillip Island circuit demonstrated how the Pirelli rear tyres struggle to withstand the Australian track, overheating excessively and blistering which, in the worst case scenario, can lead to the tyre exploding.

This is obviously a high risk situation, as pointed out in the post-race interviews by, among others, Jonathan Rea. Because of this issue, Dorna had to take a decision that is as drastic as it is astonishing. In fact, for the first time in Superbike, a compulsory flag-to-flag will be imposed, where the riders will have to make a pit stop to change the rear tyre. More specifically, this will have to take place between the tenth and twelfth lap, whereas the race distance will remain set at 22 laps.

For its part, the flag-to-flag is already in the factory derivative rulebook, but only in the event of changes in the track conditions. This will therefore be a historic first, unless it rains before the start: in that case, there would not be any problems since the wet tyres have not shown the same problems as their slick sisters. All of this will take place for Supersport as well in a race that was already shortened by two laps because of the same problem.

In any case, the Philip Island track is not new to situations like this. In fact, in 2013 the same situation occurred in MotoGP, when the Bridgestones proved to be unable to withstand the stress of the entire race. The change window was set between the ninth and tenth lap on that occasion, with Marc Marquez coming in late and consequently being disqualified.