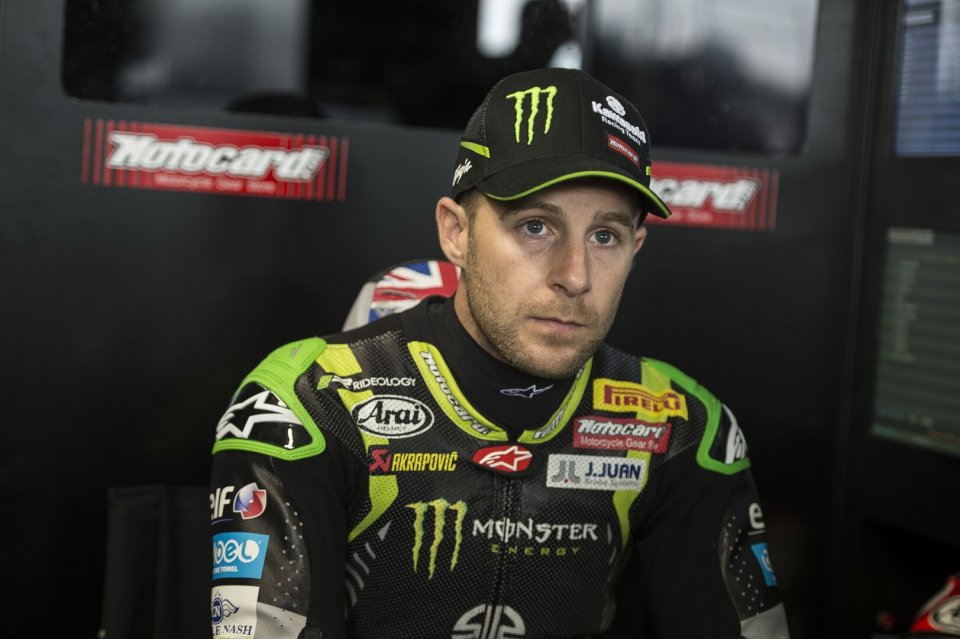 It is still too early to decide whether it was an isolated episode or not, but one of the most important bits of news on the first race of 2018 is undoubtedly the fact that Kawasaki did not dominate. Is that down to the engine’s 900 fewer rpm? It does not appear to be. Of course, a second and a fifth place finish is certainly not a negative result, but after the pace Rea demonstrated in practice and Syke’s pole position, there were likely other expectations.

As we said, in any case, one of the green machines finished on the podium, namely the one ridden by Tom Sykes. The Englishman led the race until four laps from the end, when obvious rear traction problems forced him to surrender to the better sorted Melandri. “I was smiling from start to finish – Tom begins – since I had a good start and I am still pleased with my race package. We did our job both in the tests and in free practice when we only used one set of tyres for two sessions.”

So, everything seemed to be going the right way, but the finale held a bitter surprise. “Today, with the strong wind, I wasn’t able to do a few corners like I did yesterday in practice. That is what finally made things difficult for the rear tyre five laps from the end. From that point on, the front tyre also began to suffer in a few points, like the third and last turn, but tomorrow is another day and I am very confident.”

Coming to Jonny Rea, on the other hand, disappointment is probably greater. The defending world champion seemed to have managed, despite some clear difficulties, to take home a valuable third place, but the race finale was detrimental to say the least, with Davies and Forés easily relegating him to fifth. Fortunately for the Northern Irishman, the reason for all of this seems clear. “I had blistering on the rear tyre from the sixteenth lap, and it was truly unfortunate because up to that point I felt good with the bike. It’s a double-edged sword, because obviously the tyre held up and kept working correctly, so my riding was more natural.”

The situation proved to be more serious than expected, so much that Jonny even thought about withdrawing. “I am still trying to find a solution. We changed the bike so I would feel more comfortable and we can’t let that happen again. The vibrations were so strong that I kept thinking I was going to crash like at Donington. I thought about going back to the garage and withdrawing, but then I was able to finish the race to pick up a few points.”

After the last two years spent in MotoAmerica, next season Hector Barbera will return to racing in British Superbike with TAG Racing Honda
2 hours 2 min ago