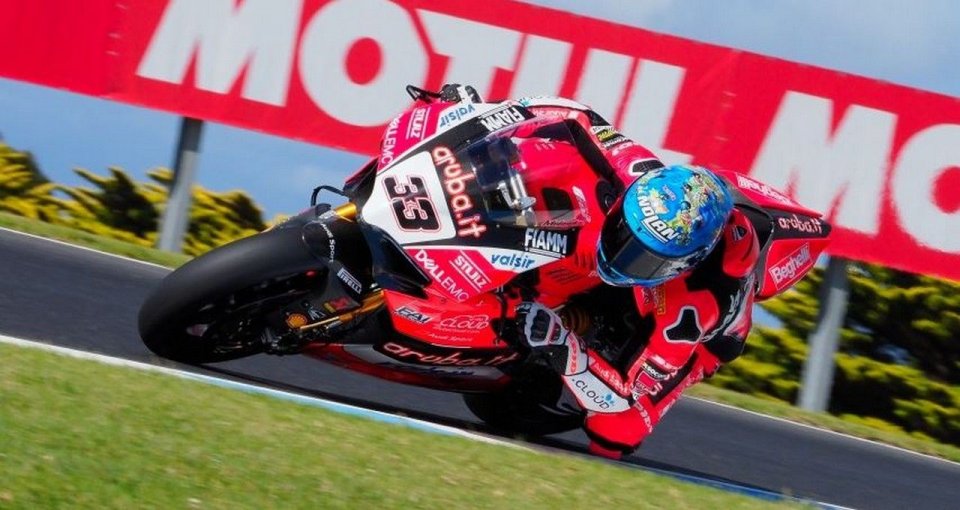 Tell the truth, seeing the two Kawasakis on lap one, how many of you thought: “how dull... how boring is Superbike, now Rea will pass everyone and leave the others with crumbs as usual”

But no: this time, the crumbs were eaten by the Cannibal, far from satisfied after race 1. With clear grip issues, already seen in Superpole, Johnny was left behind by team-mate Sykes who, until a few laps before the end, seemed on track for the win.

But this race leadership was not set to last, as Melandri was able to perfectly manage the Pirelli tyres and sliding of his Panigale R, closing in on Tom's Ninja and then passing him along the straight. From there to the finish line, #33 demonstrated all of his experience, scoring his 21st win in the production-derived series and equalling Max Biaggi: “I've always liked this track. I'm pleased for both me and the team. I've won in all three MotoGP classes and now I complete the circle. Tomorrow will be even tougher, but I'll be ready."

Sykes was pleased with second place, having beaten his strongest rival with the same bike, part of the same team Provec.

A strange race, but one which ended well, for Chaz Davies, who rounds out the podium in third, having got the better of Xavi Fores, fourth with the Barni Ducati a few metres from the factory Aruba.

beyond Rea's disappointing (for him) fifth place, we wonder how this came about - Rea is suffering in Australia but now we're interested to see if it's just a one-off or a real issue.

So determined as to risk crashing on several occasions, Alex Lowes brings sixth place back to the Yamaha garage; Leon Camier powers the Honda CBR to seventh, eighth for Irishman Laverty who, having started second, will have hoped for something more.

Van Der Mark closes ninth, attacked on all sides by his team-mate, Mercado put together a good race to award the newly-created Orelac team a tenth place finish. Baz returns to SBK with an eleventh place finish, ahead of the American Gagne, the Turk Razgatlioglu, Ramos and Jezek. even mid-way down the field, there were some hard-fought battles from the first to the last lap, something we didn't see last year. 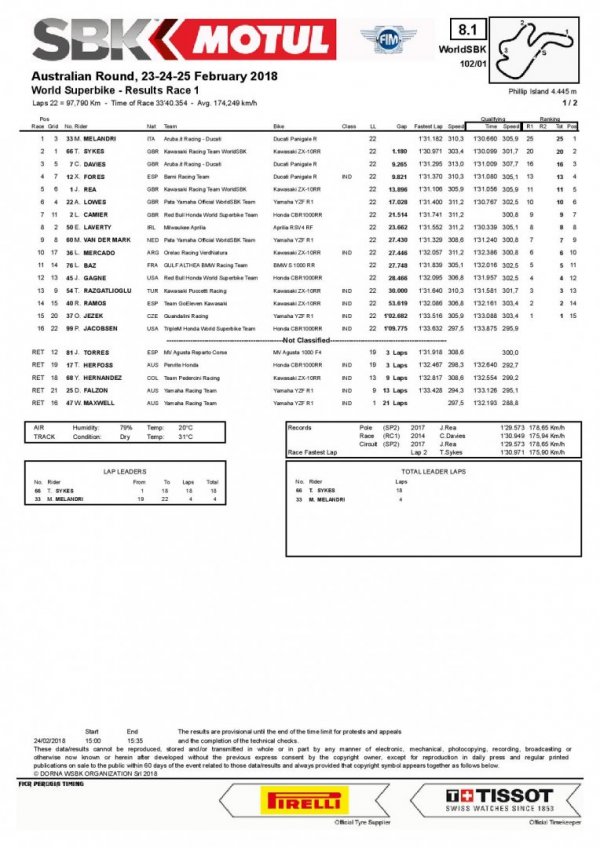