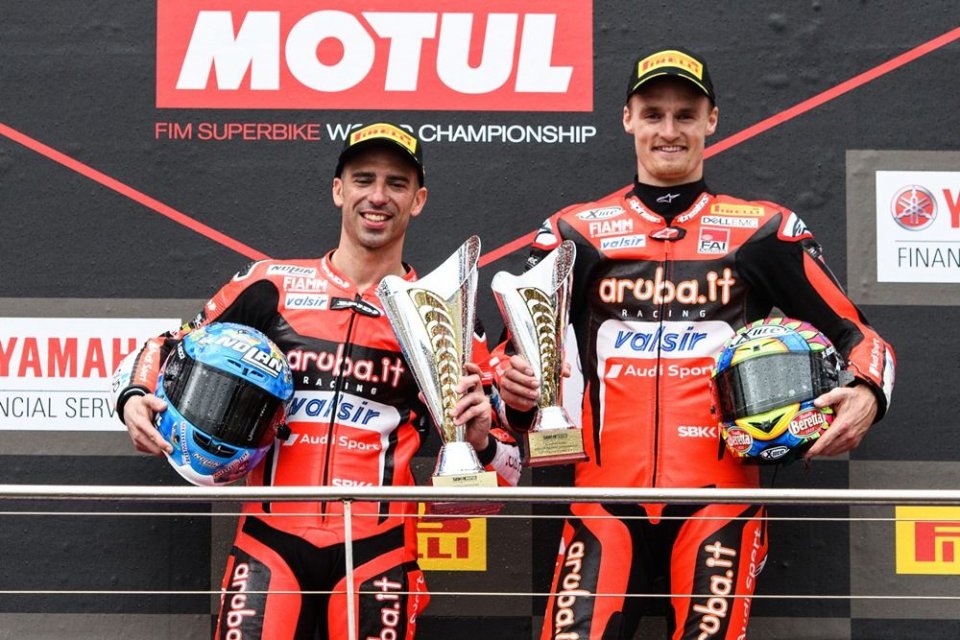 What a blast Marco Melandri. The Italian couldn't have hoped for a better season start, winning his first race of the new year at Phillip Island, his second since moving to Ducati after that scored at Misano.

A “Macho” performance by the Aruba rider, the star of a race that saw him playing a successful game of catch-up: "It's been a fantastic race. Sykes got off to a strong start and it wasn't easy to follow him and Rea early on. As the race went on, I understood more about our strong and weak points. In the final stages, as the tyre performance dropped, I was nevertheless able to close the gap."

The final laps seemed infinite, also due to the wind: “Once in the lead, it wasn't easy anyway because the wind gusts were even stronger. The last lap seemed to last forever, but we hung on and brought home the victory. I want to thank the whole team for the hard work done throughout the winter. Tomorrow we'll need to get a blistering start from third row, and we can still improve some details, but I expect another solid race."

There was a second Ducati on the Phillip Island podium, that of Chaz Davies. Despite not being 100% physically-speaking, the Welshman was still able to put in a solid performance: "It's been a tough winter, so it's great to start the season on the podium. The race itself was different than usual here, everybody pushed hard from the very beginning."

Forés made his life a little difficult:  “I had a fun battle with Forés and I didn't expect Rea to have whatever problem he ran into and drop back, but I seized the opportunity when it came. This morning I had a great feeling on used tires, but in the race we struggled a bit more, especially with the left side of the tire, and the bike moved a bit too much. Otherwise, I think we could have fought at the top. We've been improving session by session, and I'm happy with the bike now. The goal is to fight for the win tomorrow."

Formula 1 beats MotoGP 2 to 1 in Barcelona