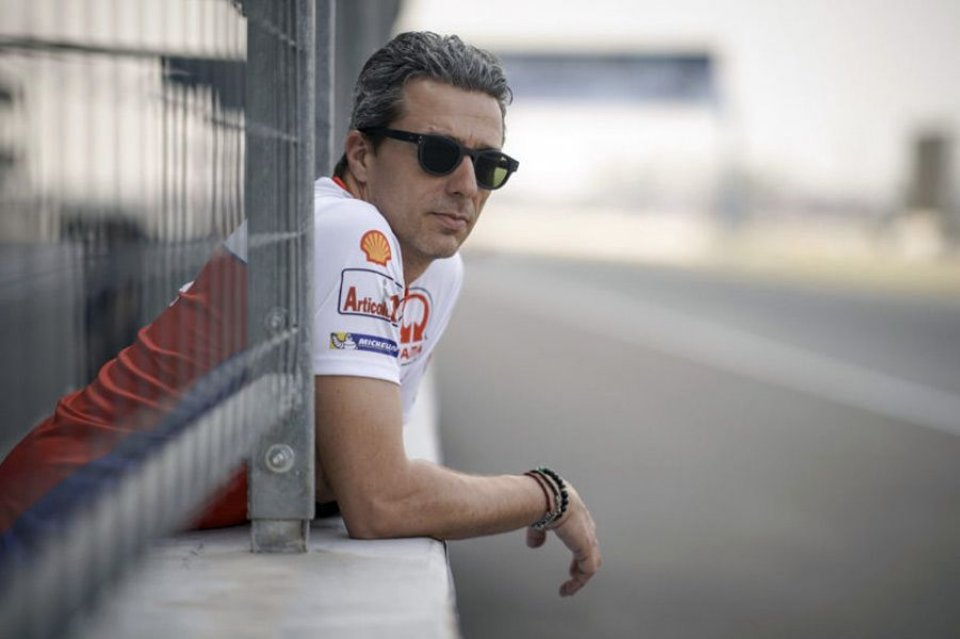 Teams have completed six days of testing thus far, with three still to go before the championship begins. Next week, from Thursday to Saturday, Qatar will provide riders with some final indications, but there is already enough data to be able to draw some initial conclusions.And this is exactly what Francesco Guidotti, Pramac team manager, does here, pleased with his riders.

They both pass, with a 7+ for Petrucci and a good 7 for Miller. Grades that they earned with their on-track performance, with the Italian (on the GP18) and the Australian (on the GP17) consistent front-runners.

"A very good test. Danilo quickly adapted to the new track and his Ducati Desmosedici GP 2018 didn't need an intense set up compared to Sepang. We started very fast right away, keeping a good pace and improving lap-times and feeling over three days. The tyres we have tried will not be the ones we will use for the GP in October but I must point out that Petrux found himself well with both types of tyres that were available."

Francesco also looks to the recent past.

“We didn't shine in Valencia and after improving in private tests in Jerez, in Malaysia and Thailand we were able to make a big step forward. This gives us hope for the season. Both Danilo's physical preparation and the bike's behaviour gave positive indications on a demanding track like Sepang and on the new Buriram circuit."

He then goes into more detail, looking at Petrucci's strengths and weaker points.

“I found a much more concrete rider. This is the most important aspect: an important step forward that Danilo has shown he can make. Danilo made great sacrifices to lose weight and this probably took away some energy from him. He must now work in this direction."

While the Italian has (practically) no secrets left for the team manager, Miller is a great surprise. After too many highs and lows with Honda, in the Ducati the Australian appears to have found a bike that suits him perfectly.

“Jack started off on the right foot and immediately felt at ease with the track. Even in his case, no major modifications to the Ducati Desmosedici GP 2017 were necessary. Jack and his team were able to concentrate on riding improving day by day and continuing to increase their feeling with a bike he liked from day-1 of Valencia testing. There were no major problems except for the crash of the third day. But that is something that can happen."

Now it's time to consider their first season together and it's not easy to make any forecasts.

"Jack is a rider still to be discovered. Things are going very well but we have to see how he will react when the first difficulties arise. So far the enthusiasm for the new bike and the desire to do well have given him a great boost, but even more difficult moments will come. And it will be at that juncture that he must emerge."

When asked to cite a strength, he would say that Jack has: “a riding style that suits this bike very well and an exciting enthusiasm also in his relationship with the team. A couple of crashes due to too much desire that he is not yet able to limit. He must have more patience in order to improve step by step."

Petrucci: "I thank Beirer for waiting for me, this frame is a little help...