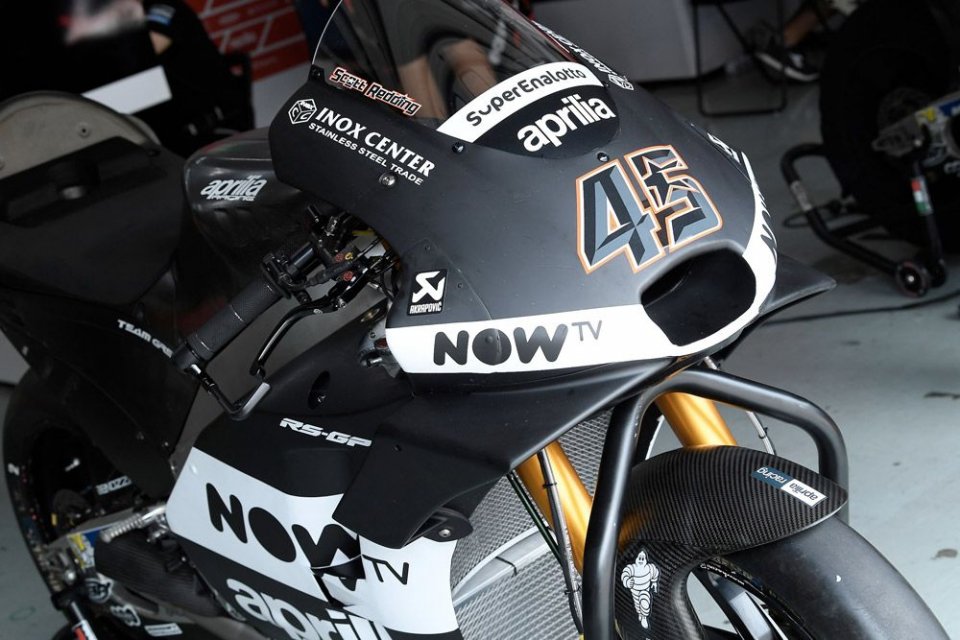 In MotoGP, aerodynamics studies are essential. After the winglets were banned, all the manufacturers got busy working on alternative solutions to recover the lost advantages. In the winter tests at Sepang and Buriram, changes in this area were seen with all the manufacturers.

For the moment, the only one who has not yet unveiled the new fairing is Aprilia, busy revolutionising the RS-GP. We specified ‘for the moment’ because the staff at Noale is hard at work on the aerodynamics of their MotoGP bike. In fact, Aleix Espargaró and Scott Redding were busy doing aerodynamics testing upon their return from the Thailand tests. Aprilia's work was conducted on a day of tests in the Perugia University wind tunnel and the results of the findings are providing the base for the evolution of the 2018 RS-GP.

"Aerodynamic research has by now become an integral part of development on a modern MotoGP bike. Not only in terms of the winglets, which are the most visible expression of it, but because on an extremely level playing field, every little detail becomes a determining factor - explains Romano Albesiano, Aprilia Racing boss - Aleix and Scott have extremely different physical characteristics which therefore require diversified aerodynamic refinements in order to optimise efficiency. The tests in the wind tunnel are just a part of the aerodynamics study, which also consists in computer simulations and checks that are conducted directly on the track. We will bring a first version of the aerodynamics package for the 2018 RS-GP to Qatar, whereas a second evolution will be planned once the season is underway."