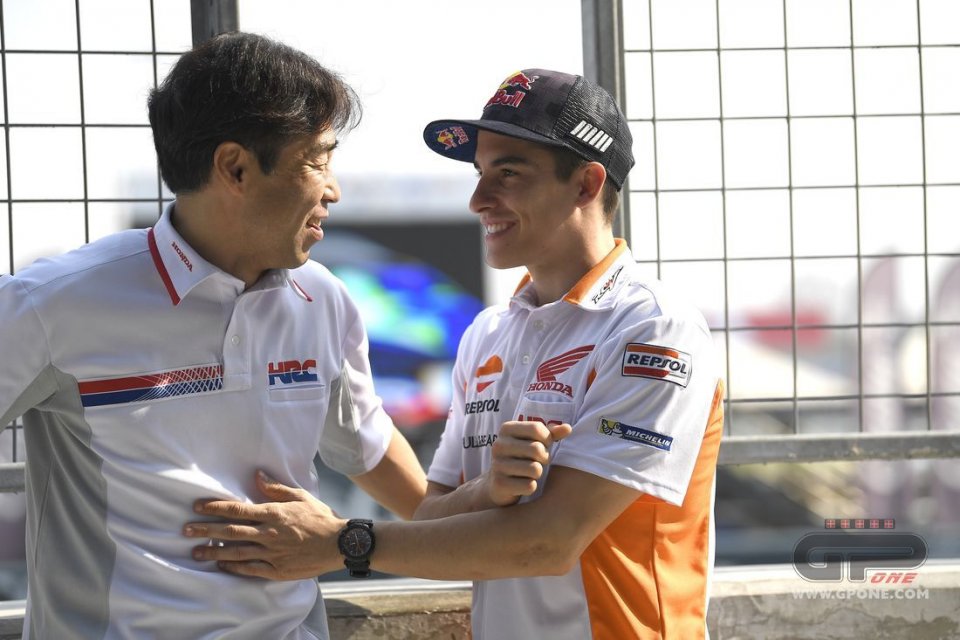 To celebrate his 25th birthday, Marquez gave himself 97 laps on the scorching Buriram track. Only Kallio did more with 99 laps. “The best way to celebrate my birthday is on a bike” Marc jokes and even the best thoughts of the day had a motorcycling flavour.

“They gave me a few presents, but the one I liked the most was a setup that worked well” he says with a smile. In, short, time goes by and his speed increases and his morale soars high: “Now I am closer to 30 than to 20, but I feel young” he continues joking.

He is not joking, however, on the track. He had the best time and also the best pace. “Today was a good day and I tried a lot of things. At the start, I began playing with the setup and then I tried a few rear tyres that Michelin had brought - he explains - In the end, I put it all together and I was fast. Now we’ll wait for tomorrow, because the competition is high, with a lot of riders very close. It was very hot, but I turned a lot of las anyway and I’ll need to do more tomorrow because we still have things to test.”

In this start of the 2018 season, it would seem that Honda and Marquez have taken the right path, but the Spaniard does not want to give in so easily to enthusiasm.

“As I said in Malaysia, it would seem that we have begun better than last year, but you can’t be 100% certain until you get to Qatar, which is a track where we usually struggle. For now, I am happy and I feel good.”

In short, he does not want to be defined as the man to beat.

“Pace is always connected to whatever you are working on. You can go out and be a second slower than the last time because you are doing certain tests - he says - It is true that I feel at ease in the saddle and that my pace is good, but I want to get to Qatar to see what the level is. Anyone can do a fast lap in 3 days of tests. Pace is more important and I am working on that.”

In the meantime, there are a lot of upgrades to test. In Malaysia, he was never entirely convinced about the aerodynamic changes and the Japanese engineers tried to work on meeting his tastes halfway.

“I tried a slightly different fairing than the one in Sepang. It is less extreme and I think it is a better compromise - his assessment - Tomorrow we’ll focus more on this point, because by the Qatar tests we will need to decide which aerodynamic solution to use this year.”

The pros and the cons are well known.

“You improve in braking and limit wheelies, but you lose a bit of agility and turning capacity. I need to test it thoroughly before making a decision about which I prefer, so I don’t create any doubts or uncertainties. Tomorrow I will need to test it thoroughly - his plans - We are also still working on the engine and we have some parts to try, because we are still trying to find a sure base. In this case as well, I’ll understand everything better in Qatar.” 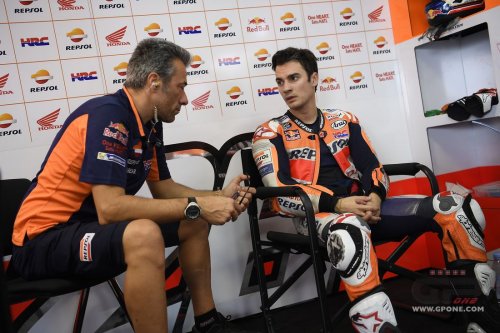 The fact that Honda is improving, however, is confirmed by Pedrosa’s second place time. He is also at ease in Buriram and on the new bike.

“Today I knew the track better and I just adjusted a few things on the bike in the electronics and in the gearbox. I improved immediately, but there is still work to be done, especially to adapt to the tyres - he sums up his day - Tomorrow I’ll have more to test, like some changes to the fairing.”

And maybe he will have the chance to get ahead of his teammate too.

“It is a new track and we don’t know exactly where the limit is and how far we can drop with our times. There are still parts of the track where I can improve” he concludes.