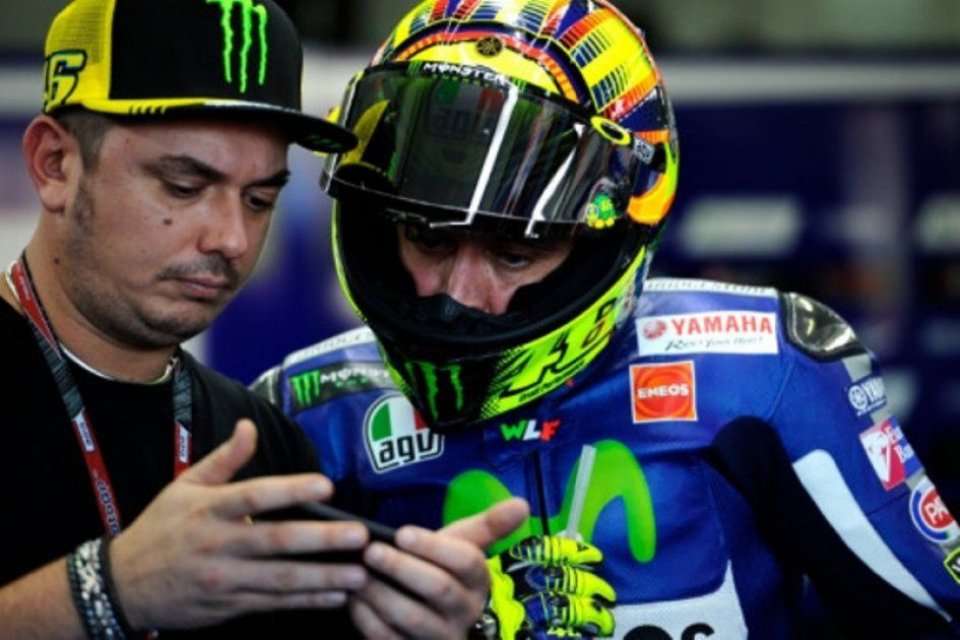 On hand during the presentation of the Sky Racing Team was its sporting director Alessio Salucci. He has worked hard to motivate the young riders, mapping out a path for them to follow. He has a busy weekend ahead of him, as he will leave for Thailand, and the second winter test, on Sunday.

“Last year we had a great Moto2 season with Pecco – he begins - while the technical aspects of the KTM saw us suffer in Moto3. I'm sure that we can be competitive, as Bulega is very motivated and Foggia is hungrier than most”.

Who should we be betting on?

“I can't say, though I'd like to say all of them, given as they are all very talented”.

There are high hopes for Bagnaia. he is ready to take up the baton from Morbidelli?

“I try not to go overboard but I will say that on paper Francesco is one of the the guys who can fight for the win in every race, like Marquez, Pasini, Oliveira and Binder. The competition will be stiff”.

What does the Bagnaia - Marquez fight remind you of?

“Ah (he smiles), this year I expect Alex to be fast, he's part of a strong team too, Marc VDS. He can cause us trouble, the same goes for Mir.  Joan is also an incredible talent and I've said as much to the entire team. I don't know if he can fight for the title, but he'll be a frontrunner”.

What are Pecco's chances of winning the title?

“He was strong in testing, as he was last year. He's definitely improved and his chances are very good”.

It is said that Ducati is also interested in Pecco. Is there perhaps a chance that Rossi's future team could steal him?

“I'll be clear as I have been with Hervé Poncharal: for as long as he continues to ride in MotoGP,  there'll be no Valentino team”.

So will Rossi be on the starting line again in 2019?

“It's not for me to say, his desire, determination and strength is clear. I don't think it's Vale's time to stop”.

back to Bagnaia. Are the guys at Borgo Panigale really interested?

“He has been contacted by various teams yes, particularly Ducati. We are very proud and pleased about this. We're negotiating as the Academy and I'll say, why not? There's still a lot of time before 2019”.

Do you think Francesco is ready for the top class?

“I think he's ready for anything, because he's smart, determined and has always made many sacrifices throughout his career.  These things only motivate him further”.

“There are various things to look at. I don't think he should be in a rush to reach MotoGP, but rather do so when he is ready".

As for Moto3, every year you're keen and then someone comes along and ruins the party.

“It's true, I agree! This year we need to be ready to fight. There will be many contenders but we shouldn't fear them”.

On to MotoGP. At the end of the last day at Sepang, Rossi wasn't happy. Should we be worried?

“The difficulties of the last day were very different to those of 2017.  unfortunately there was less grip on track and so we focused on other things, working with used tyres. We just need one more step to move forward”.

Morbidelli has said that he's studying Rossi and Marquez's lines.

“Franco will need to get his elbow down to copy Vale and Marc (he jokes), I'm sure that he'll stand out over race distance, because he's a fast learner. I hope it's Marquez who's chasing Morbido (he smiles)”.

Back to the market, when will Rossi renew?

“I wouldn't know, but I hope it's as soon as possible. Many riders' contracts are up for renewal, they may all move or all stay where they are. I think KTM might shake up negotiations”.

Will Zarco head there?

“I don't know, maybe Marquez too”.