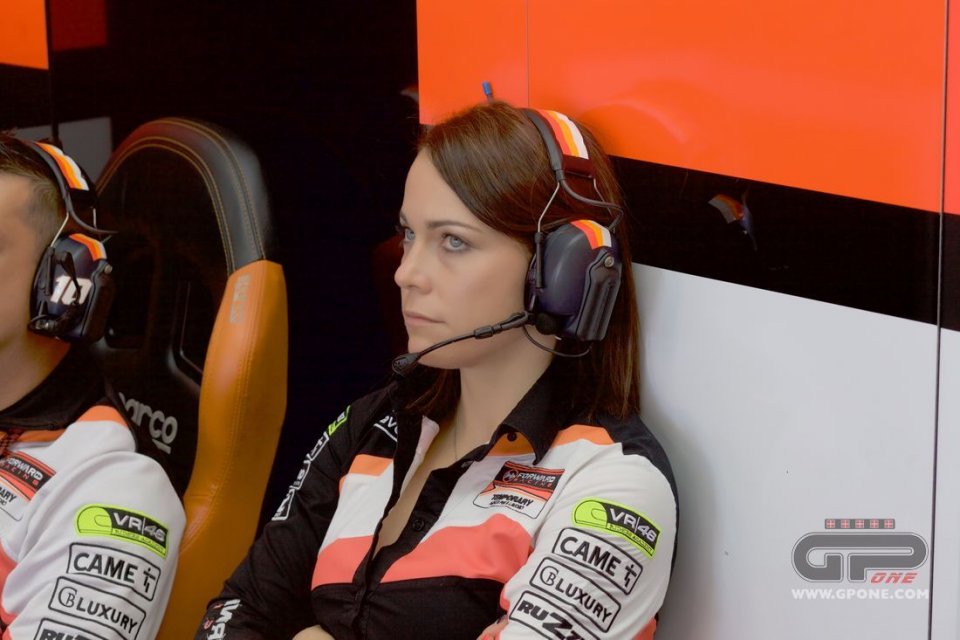 As you know, Formula 1 has now banned grid girls and so we'll no longer see them alongside the cars before a GP. A move that might be seen to be politically correct but one that also conceals, as is often the case, some degree of hypocrisy. Those who took the decision may now have a clear conscience, but you need to look at things from another standpoint to have a clearer idea.

We did so with Milena Koerner, the only and the first female team manager, heading up Team Forward Racing in Moto2. In the past, she started her adventure as a promotional model.

“I was born in Gera, 20 minutes from Sachsenring, I was 13 when my grandparents took me to see the GP. They were in the grandstand, I wanted to get into the paddock but didn't have a pass. I waited at the entrance for two hours, then a security guard let me in."

That's how it all started?
“I continued to go to the races and someone asked me why I didn't start working in that world. But I was very young, still at high school. A few years later I decided”.

What did you do?
“I was a promotional model and worked in hospitality at the same time. Before my high school finals I was in South Africa for the race, I got off the plane and went to school to sit my exams”.

You were a grid girl, one of the girls that Liberty Media no longer wants…
“I don't see it as a very sensible decision. The problem is not the girls but lies in the head of those men who think they are available just because they wear a short skirt, heels and are next to a bike. Maybe they are doing it to fund their studies or to be part of a world they are passionate about".

As was the case with you?
“Yes, working in hospitality I learned a lot, even how to use a screwdriver (she laughs). I was lucky to work with Stefano Bedon (the current team manager of the Snipers Team) who taught me a lot. I started to work with the guests, public relations work”.

What was the next step?
“Becoming team coordinator with Giovanni Cuzari and Andrea Dosoli in 2009, then I worked in MotoGP for 5 years as the press manager for Team Tech3, I learned a great deal there too”. 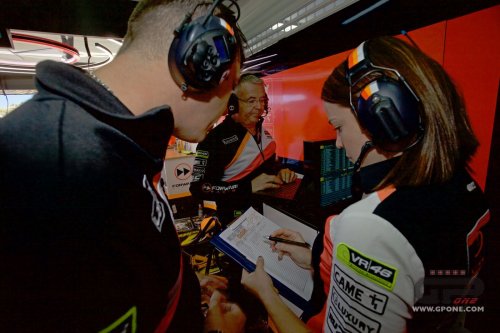 And last year Cuzari contacted you to offer you the position of team manager…
“I must thank him, he put his faith in me and that was the most important thing. I had doubts, I didn't know if I'd be able to carry out the role, I didn't know if the team would accept me. But after the first test I already felt like part of the family, maybe because I'd worked with many of them before”.

Do you face any prejudice?
“You're a woman and they think you don't know anything about bikes, as if you need to be an engineer to manage a team. If you're a man you're automatically respected but if you're a young woman you're not. I am known for being a pitbull, a general (she laughs), that helped. Also, having done many jobs before becoming team manager, I know all about what goes in a team, it's hard to pull the wool over my eyes”.

Has it been a tough path?
“At times, if I think back to everything I've done, starting out so early while I was still studying, I don't know if I'd do it all over again. You're a woman and you face prejudices , the paddock is a sort of village and there are those who prefer to gossip rather than work”.

You're now a kind of pioneer…
“I don't feel like that, I know there are not many women in certain roles in the paddock and I don't expect that to change. Few of us are interested in the world championship, it's a question of numbers. Also, a team, faced with two people of equal skill, will always prefer a man. A woman could be a problem and also a cost, she needs different clothing, to sleep in her own room. Small things you might not think about”.

What's your next step?
“The Valencia tests with our new riders, Stefano Manzi and Eric Granado. There is always great excitement before getting back on track for the first time”.