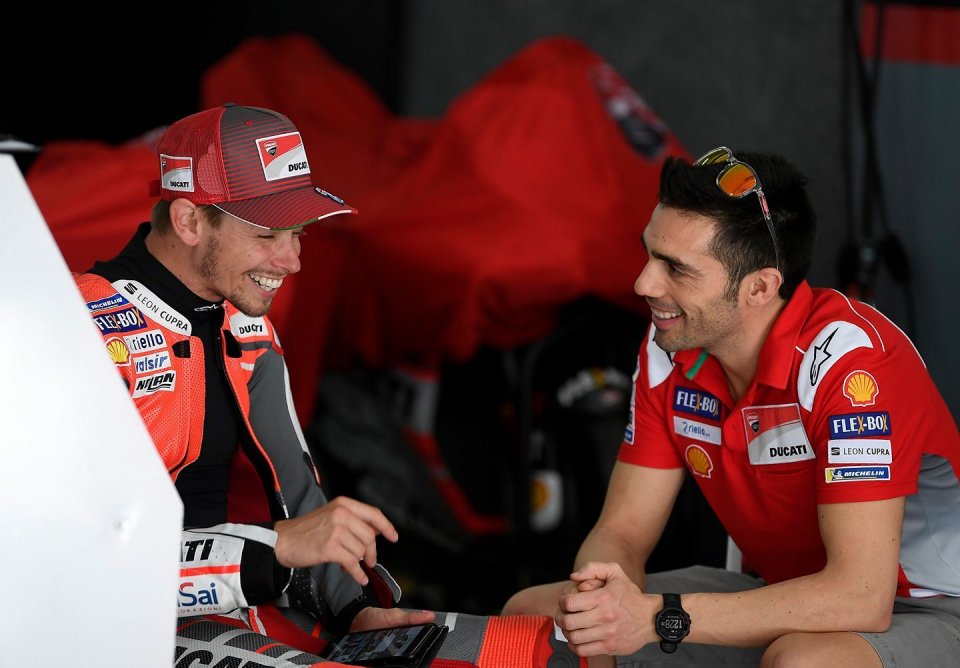 When Stoner’s away, the other testers will play. On the last of the three days of tests reserved for testers in Sepang, Casey stayed on the sidelines, leaving Michele Pirro with the task of applying the final touches to the 2018 Desmosedici which will be entrusted to Dovizioso and Lorenzo from Sunday through Tuesday.

If the teams found optimum testing conditions yesterday, today on the other hand heavy rain in the afternoon fell on the Sepang circuit. Every cloud, however, has its silver lining and there were those who took advantage of the situation to turn some wet laps.

Like the Yamaha, which struggled particularly in the wet last year. Aoyama, with his Honda, also decided to assess the benefits of the new fairing in the rain. The KTM turned a few laps too with Kallio, who was the fastest on track today.

The Finn put the best time on the sheets (unofficial, since there were no transponders mounted on the bikes) at 2’01”1 with Aoyama only a tenth behind and Pirro 3 tenths behind. Suzuki also did well with Sylvain Guintoli half a second behind and with about the same time as the Yamaha.

The Manufacturer from Iwata is concentrating particularly on evaluating the progress made over the winter and solving the problems that the 2017 M1 had.

There was plenty of work for Aprilia too, with Matteo Baiocco playing the workaholic. The tester turned a lot of laps today too, especially drawing comparisons between the 2017 and 2018 RS-GP.

Rounding out the time sheets was Stefan Bradl, the only rider who did not improve on his times from yesterday, hindered by a sore wrist.

THE (UNOFFICIAL) TIMES OF THE THIRD DAY: