Hot times in Sepang, both on the track and in the garages, where the testers are honing their weapons to then pass the baton to the championship riders on Sunday. On the second day of tests, we saw Hiroshi Aoyama in action with the Honda flaunting new aerodynamics.

In the photo published by our counterparts at crash.net, the 2018 version RC213V has new aerodynamic appendages, even more evident, whereas the tail fairing seems to be more profiled. The side fairings, on the other hand, are more enveloping. 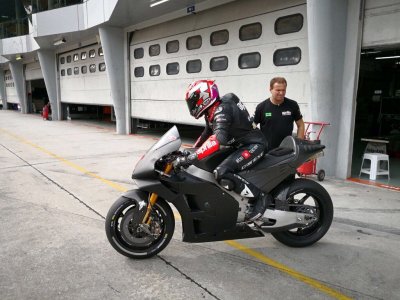 Remember that, besides the Japanese rider, Honda also has Stefan Bradl on the track, fresh from his adventure with Ten Kate in Superbike.  In the Aprilia camp, on the other hand, we find Matteo Baiocco, called on to test the RS-GP. Here is a shot published of the Noale standard-bearer just after swinging a leg over the bike.

Work also continues in the Ducati camp, where Casey Stoner hogged the limelight yesterday with an incredible 2’01”1. Besides the Australian, also working with the GP18 is Michele Pirro, both immortalised in this shot in a pleasant exchange. 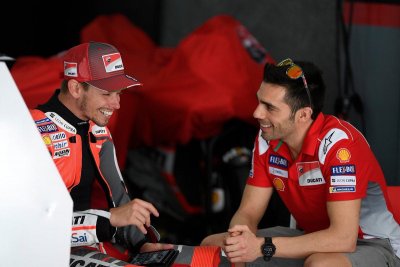 Last but not least, let’s not forget about Suzuki, which began its activities in Sepang today with Sylvain Guintoli. The French rider is astride the GSX-RR, working alongside Michael Dunlop, Josh Waters and Toni Elias on this occasion. For these three, it is a special reward for the results they achieved in their respective championships. 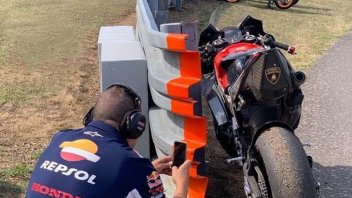 Spy against spy: Honda caught photographing the 'B side' of Ducati 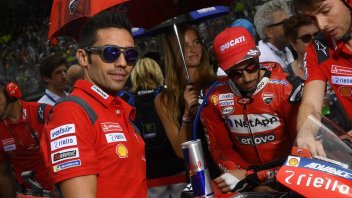 The German test rider will also be on track tomorrow to continue developing the RC213V: "The rain and cold affected our plans."
7 hours 55 min ago

VIDEO. The Japanese team's rider missed the last three GPs of 2019 to solve his physical problems and get to the Sepang tests in the best of shape.
1 day 2 hours ago

Financial problems forced him to reach this decision, despite having signed a contract with the Boe Skull Rider team in September.
2 days 23 hours ago

After winning the first instance of the trial brought by the two former custodians of the villa in Tavullia, the outcome has been reversed on appeal
5 days 4 hours ago

Spaniard, Italian and New Zealander set for induction into the Hall of Fame in 2020 Jorge in Jerez, Maz at Mugello and Hugh later in the year
6 days 3 hours ago

Last week a member of the MotoGP family lost his life.Here are the details of his funeral and a link to a memorial fundraising page in honour of Gary
1 week 21 hours ago