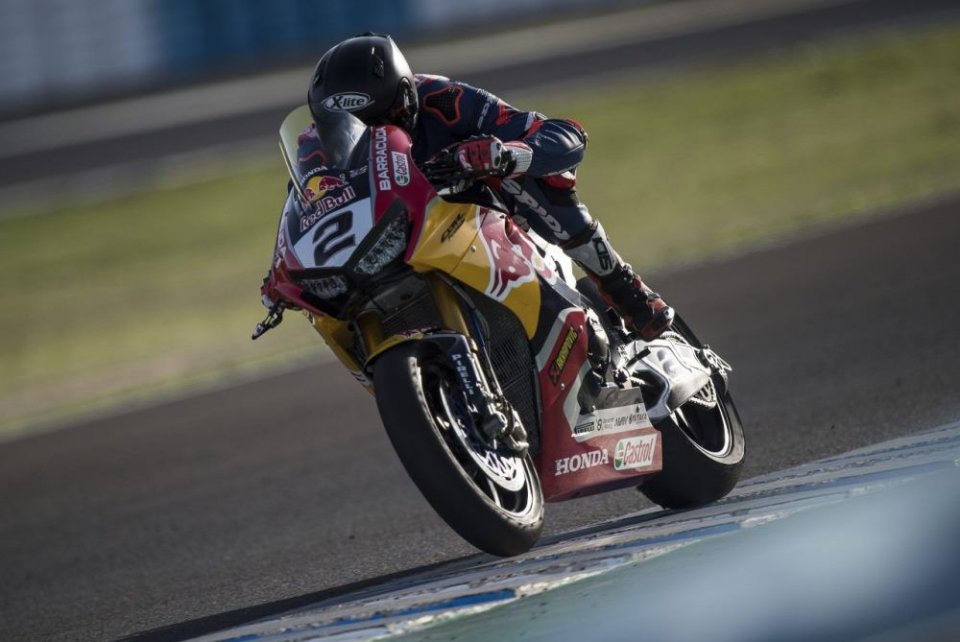 Where did we leave off? Ah yes, in Jerez, with that 1’37”986 by Johnny Rea that put him ahead of the MotoGP bikes. The Northern Irishman’s chase for his fourth world title picks up precisely from here. The Spanish track will host two days of testing on Tuesday and Wednesday, where all the top teams are expected. So, the Kawasaki mega team will certainly be there, with the defending champion and Sykes busy astride the ZX10RR MY, a further evolution in view of the Championship opener.

Despite the reduction in engine rpm, as required by the rules, the Northern Irishman imposed his superiority in that first outing ahead of 2018 two months ago. It would seem that nothing can stop this Rea, called on to reckon with a bike with an amputation that reduces the engine rpm to 14,100.

Ducati will also be focusing on the engine, with Melandri and Davies in action. The Italian has expressed his scepticism several times concerning this new rule that penalises the Panigale in terms of performance. From tomorrow, we’ll see if his opinion remains the same or not. In addition to the two top teams, everyone wants to have a close-up look at the Honda, which will finally make its début with the new Magneti Marelli ECU. In fact, you’ll recall that in November, Leon Camier used the 2017 version bike. Alongside him will be Jake Gagne, officially signed in December.

And who can forget the two R1 machines, entrusted to the Lowes-van der Mark duo, expected to take a significant step forward in order to close the gap behind Kawasaki e Ducati. Also keen to get closer to the best is MV Agusta, with Spaniard Jordi Torres, as well as Althea, with their BMW being entrusted to Loris Baz, fresh from his MotoGP experience with Avintia.

In the mix with the teams on the track will also be Aprilia, as well as Kawasaki Puccetti, who will have Toprak Razgatlioglu for the occasion, forced to miss the November test due to the passing of his father. Pedercini, on the other hand, will entrust the ZX-10RR to Yonny Hernandez, whose name has come up several times as a sub for Folger in Sepang on the team Tech3 M1.

Speaking of Yamaha, let’s not forget about Guandalini, who will have Czech rider Jezek making his début astride the R1. The two day tests will begin tomorrow and then on 27 and 28 January the riders will once again be in action in Portimão. This will be the last European event because then the material will be shipped off to Australia where the World Championship will begin on the last weekend of February. Before the season opener, there will be some fine-tuning tests at Phillip Island on the Monday and Tuesday before the race weekend.

Here is the list of the teams that will be on the track Tuesday and Wednesday in Jerez.