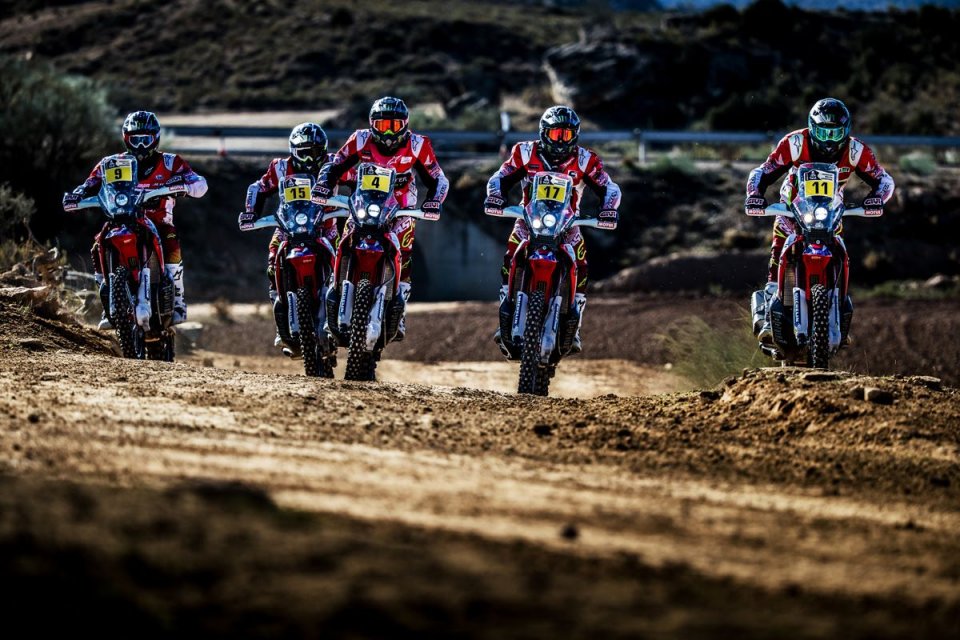 Nine thousand kilometres, fourteen stages: this is the 40th edition of the Dakar, which will get underway on Saturday in Lima, before concluding in Argentina, in Cordoba, on 20 January. While the race will depart from Perù for the first time, Bolivia remains a constant, with competitors reaching an altitude of 4000 metres in La Paz, where they will enjoy the traditional rest day. Let's take a closer look at the stages of this 2018 Odyssey.

6 January: Lima-Pisco –  272 km, of which 31 make up the Selective Sector, a taste of things to come during this full-sand Dakar.

7 January: Pisco-Pisco – 278 km, of which 267 make up the SS, practically all off-road with some tough dunes through the first section.

10 January: San Juan de Marcona-Arequipa 770 km, 264 of which comprise the SS. Cars and bike race at the same time but along two different sectors.

11 January: Arequipa-La Paz  758 km, of which 313 are SS. Competitors leave the desert behind and finally enter Bolivian territory. This stage sees the first mountain climbs with lakes serving as a backdrop, as the route follows the banks of the river Titicaca.

13 January: La Paz-Uyuni 726 km, of which 425 are SS. This is the first Marathon stage, where only the riders are allowed to work on their bikes at the end of the stage, without the traditional parc fermé.

14 January:  Uyuni-Tupiza 584 km, 498 of which make up the SS: This is the longest Selective Sector of the RAID, crossing the Bolivian dunes at a 3500m altitude as well as the Altiplano. A section that is bound to shake things up in terms of the standings.

15 January: Tupiza-Salta  754 km, of which 242 are SS. They cross the Argentinian border with a section spanning mountains and rivers and which includes some fast tracks.

16 January: Salta-Belen 795km, of which 372 are SS. Only the Argentinian dunes and the sun await the competitors, a tough combo for the riders.

17 January: Belen-Chilecito/Fiambalà 484 km, 280 of which comprise the SS. A Dakar classic with the second unsupported marathon stage. Argentina will really put riders to the test and this stage is bound to provide some drama.

18 January: Chilecito/Fiambalà – San Juan 722 km, of which 375 are SS. The RAID really heats up here, quite literally speaking, with the Catamarca temperatures set to be a thorn in the riders' side, without forgetting that this is another marathon stage.

19 January: San Juan – Cordoba, a seemingly endless stage, 904 Km in length, 423 of which are SS. The sand awaits, followed, at the very end, by the World Rally track.

20 January: Cordoba-Cordoba 284 km of which 119 are SS. The final push before the 2018 Dakar comes to an end in Cordoba. The decision to conclude here is in tribute to the city's status as South America's motor capital.