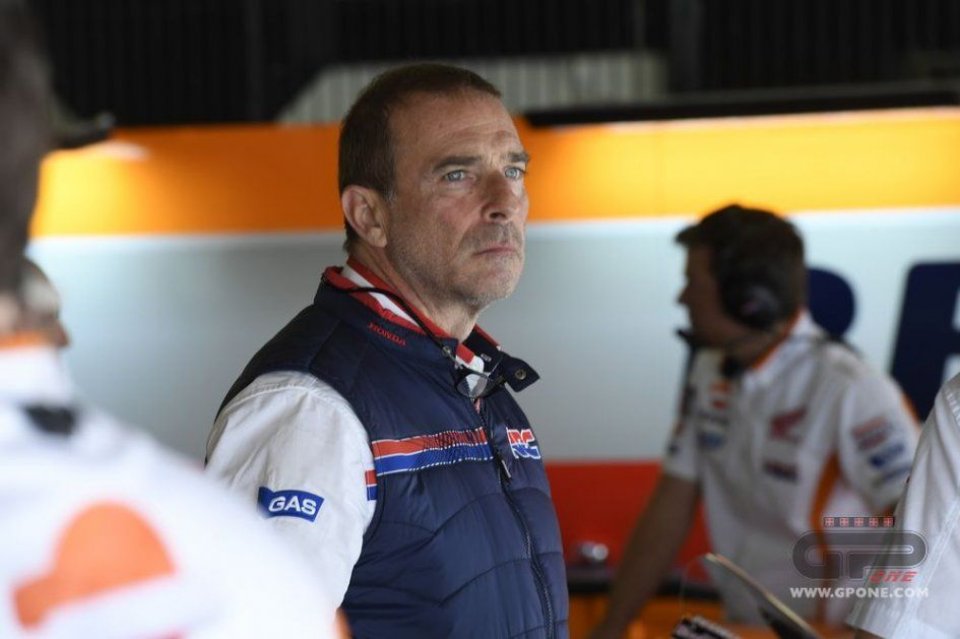 While Malaysia highlighted some difficulties, in Australia Marc Marquez was able to remove any doubts. The Honda phenomenon was impressive, particularly in terms of pace. A clear sign that once again proves the potential of #93. There is a mixture of satisfaction and confidence on Livio Suppo's face at the end of the three-day test at Phillip Island, that comes ahead of the final tests in Qatar before the championship opener.

In Malaysia it seemed that something wasn't working, while here it's all gone to plan.

“At Sepang we still had three positive days, perhaps we struggled a little in the first session, but compared to 26 we were a lot happier. Phillip Island is a unique track, we were fast last year too despite having had some problems during the previous test”.

Did you expect Marquez to be so fast?

“It would be surprising if Marc was not fast (he smiles). Personally I'd me more surprised to see him in difficulty, like one year ago in Malaysia”.

One year ago you were busy with the software. Now you have a high-performing engine. Is this the Honda's strength?

“The new engine seems to be working well, there are areas in which to improve, seeing as we've only used it on track for six days. We are gradually understanding its potential, it seems to represent a step forward compared to last year. As we know, the bike is a "package", I can say that the engineers have done all they can to harmonise each component”.

What do you think the Honda still needs?

“We will need to see its level of competitiveness at each track. It's one thing to sort to the bike over a classic three-day test, but quite another to do so on a race weekend”.

The season is about to start. Will we see a Marquez-Vinales head to head?

“I've been working in this world for 21 years and it's often happened that we see riders who are fast in testing and we already consider them favourites for the title. One example is Edwards in the Gresini days, he looked like he'd win all the races and then it didn't go like that. This isn't the case with Vinales and Marquez of course, as both will win races. But I think it's too soon to discount the others. This week Pedrosa has been competitive, also Iannone was fast at Sepang. It will be an interesting championship”

Vinales has said that no-one has Marquez' constancy. Do you think that's Marc's extra weapon?

“I'm not a rider, but I guess so if Maverick says that . Here in Australia, Marquez has been very fast, carrying out a long run of sixteen laps and setting a time of 1’28”8. The numbers show he's a phenomenon”.

The other day Gibernau said that he doesn't believe in the anti Marquez theory. What do you think?

“Marc is very strong, but there are other strong riders. I wouldn't take anything for granted. In a championship of this level, it would be premature to indicate a favourite. We need to wait until mid-season”.

Fever didn't slow Pedrosa. He too has been quick here.

“It's a positive sign, seeing as he practically missed one day, also this isn't a track he gets on well with, as it's physically very demanding due to the changes in direction. I can say we're pleased”.

We've seen a double fairing on the Suzuki and the Aprilia in Australia. What do you think of it?

“I'm not an engineer, I always say this, over the years we've seen various aerodynamic appendages appear and disappear. I remember that even Casey had some winglets, but they were smaller. Everyone has always worked on the area of aerodynamics. Now we're all trying to find part of the downforce deriving from the wings, but I don't think this is the track where you can see whether this is working or not”.

Espargarò says last few days have been like ‘on a cloud’, wants to win again

Pirro convinced Losail was an anomaly and that the GP22 will soon show its...