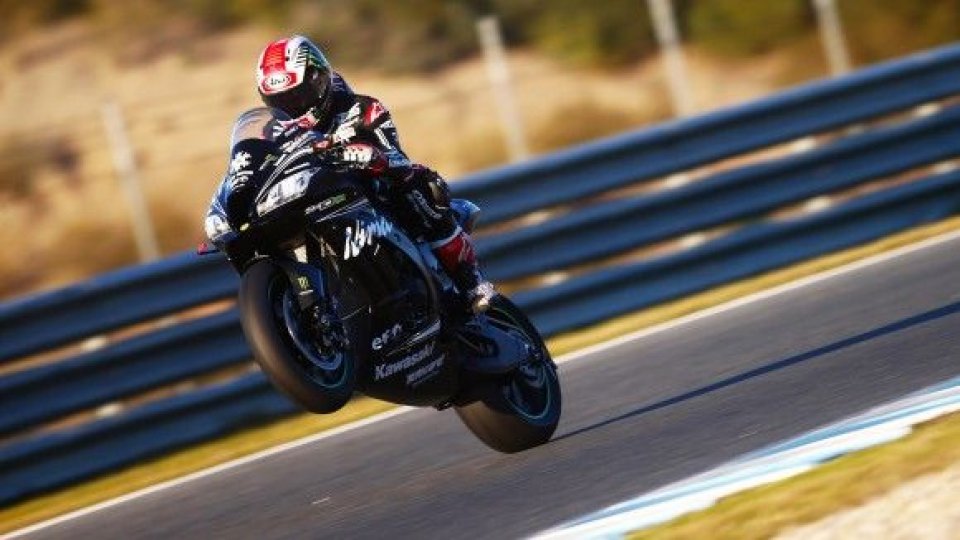 More tests and more SBK on the Andalusian track of Jerez de la Frontera, in preparation for the voyage to Australia that will begin in a few days.

As we must often report, the factory derivative riders once again had to reckon with a day that was heavily impacted by the whims of the weather. So, with moments of rain alternating with sunshine, the times made should be taken with a grain of salt, but not too much: the fastest ones were always the same.

Preseason tests are fundamental. Every little detail tested could prove to be very important during the course of the championship and the two riders on the defending World Champion team, the KRT Provec machines ridden by Johnny Rea and Tom Sykes, worked hard: the Northern Irishman did 61 laps and the best timed lap at 1’39”248 which places him once again ahead of the rest.

Tom Sykes, however, did not stand by watching. In fact, the English lion did a total of 64 laps, alternating different settings on his ZX10RR and his best lap was a full second and six tenths behind Rea.

Behind them was the talented and expert Shane “Shakey” Byrne, reigning BSB 2016 champion with the team PBM Be Wiser Ducati. Argentinian Leandro Mercado made good progress in his second outing astride the Team Iodaracing Aprilia RSV4 del Team Iodaracing. Behind the reigning Superstock runner-up champion we find Riccardo Russo with his team Guandalini Yamaha R1 and Alex De Angelis astride the Pdercini Kawasaki ZX10RR. The gaps behind Rea are significant, but we should point out that riders and teams worked hard to find the right settings on their bikes and the weather, as we mentioned, had no small impact on the final results.

The seventh best time went to Glenn Irwin, Byrne’s teammate on team Ducati PBM. The British rider, already a protagonist in road racing and a good season alongside Shakey, continued development work on the Panigale R. Behind Irwin we see the names of Guarnoni and Mikhalchic, Superstock protagonists, as well as various Supersport 600 and European Superstock riders. 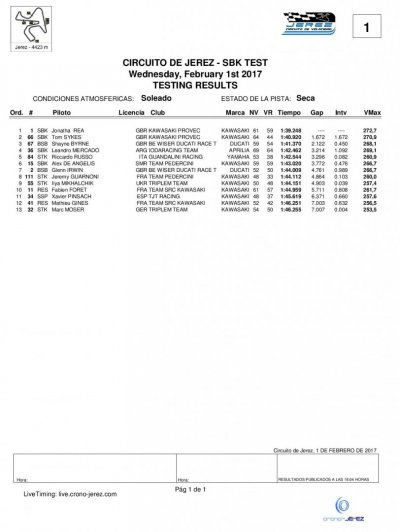