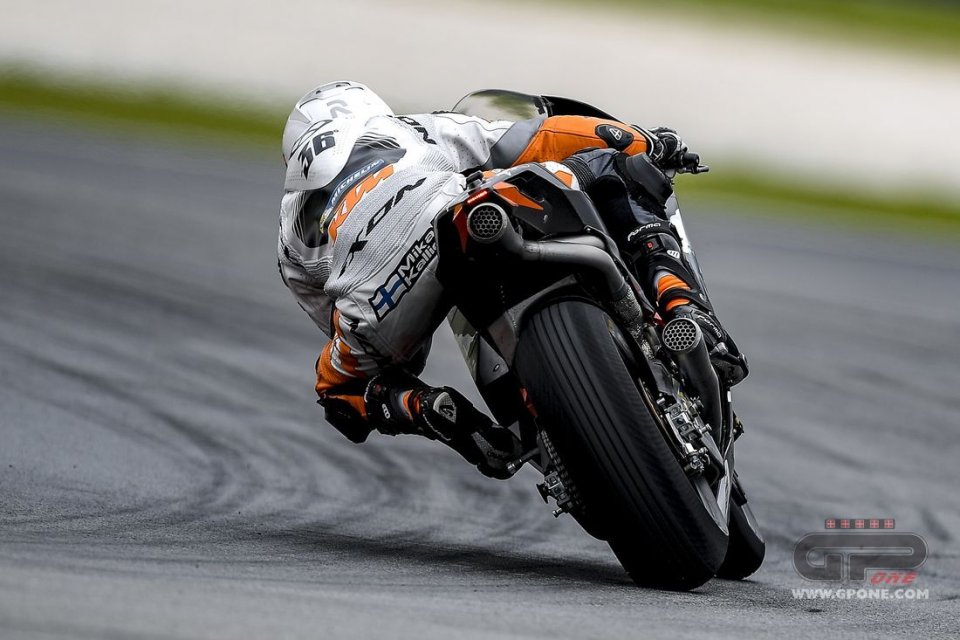 Three days of testing but not much track time, this was the outcome for all of the manufacturers who came to Sepang to have their test riders work with the new bikes. Rain didn't help and the slow drying asphalt did the rest.

Mika Kallio doesn't hide his disappointment. His tests with the KTM didn't get off to the best start, as the Finnish rider was suffering from flu and a fever; he gritted his teeth but the Malaysian weather was not cooperating.

“We haven't been very lucky with the weather, it's rained heavily and grip was pretty poor - he says - When the track started to dry, I realised that times and sensations with the tyres was no good but it was a problem for everyone. So I'm a little disappointed, we had some important tests to carry out and it would have been if conditions had been dry”.

Some new updates had been sent from Austria, particularly in terms of the chassis.

“We had new frames and other parts, we need to push the bike to the limit to evaluate them and in these conditions that wasn't possible - he explains - But we've identified a path to follow in terms of the chassis, I had three different frames and, due to my riding style, I've found one that is better than what we were using at the end of last year. I think we're moving in the right direction and the lap times have improved too”.

Kallio tries to see the glass half full.

“We didn't have any problems, the bike worked well and this is important - he underlines - Despite track conditions not being the best, and despite the face I'm not in top shape, having been ill, I hope that we've done a good job for the riders”.