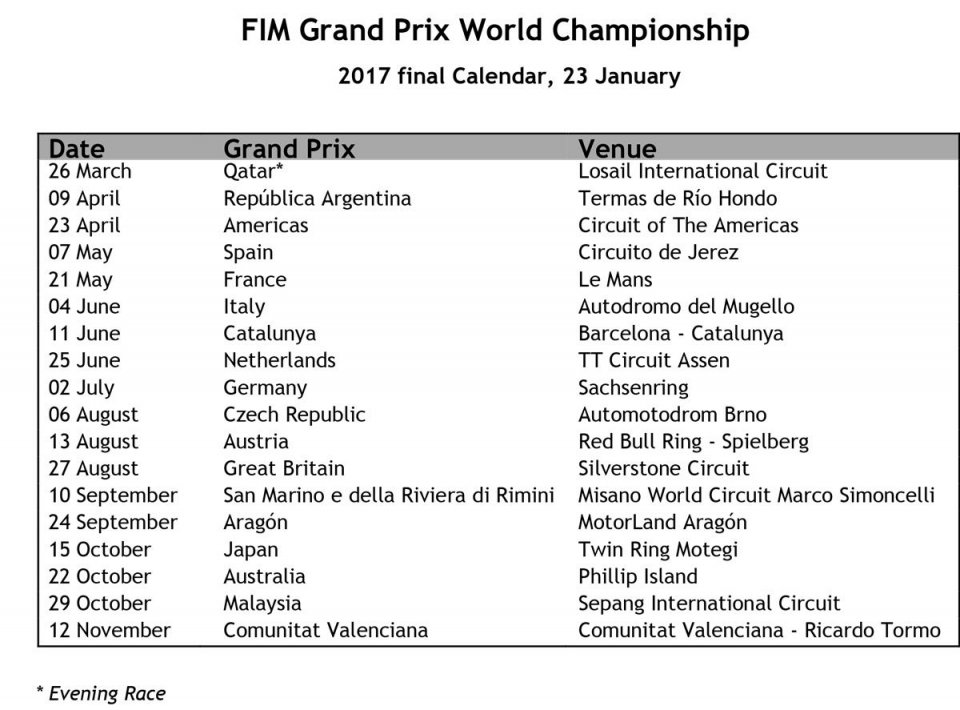 FIM confirmed the definitive calendar today for the 2017 MotoGP season. No changes were made to the draft that was published previously and all the Grand Prix races have been confirmed (Malaysia and Great Britain had previously been marked as pending contract confirmation).

The season will therefore begin with the traditional night race in Qatar on 26 March (the same day of the Formula 1 championship opener in Australia) and will end in Valencia on 12 novembre.

For the summer holiday, there will be a one-month break in July. The last GP before the break will be in Germany on 2 July and the season will resume in the Czech Republic on 6 August.