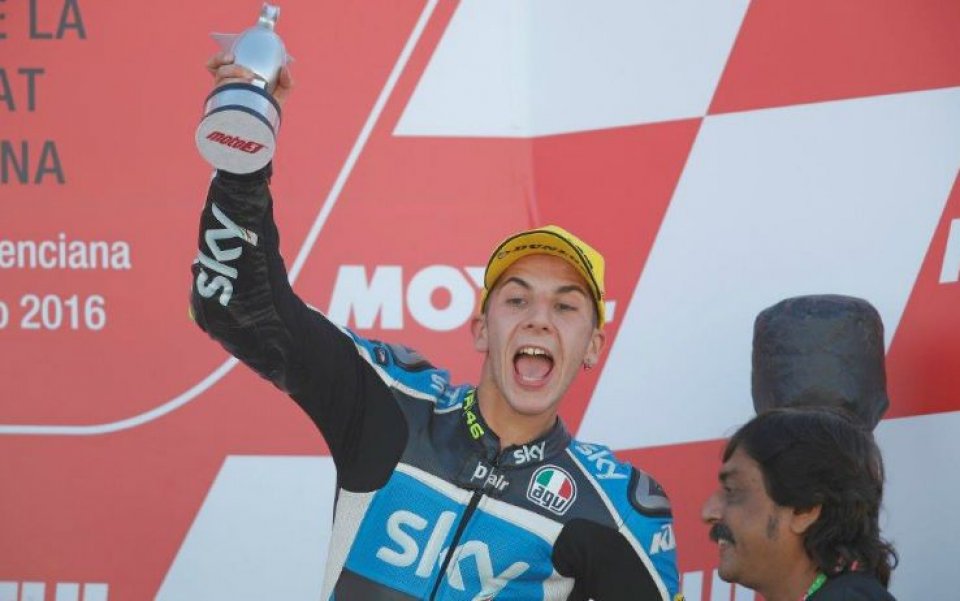 Andrea Migno is approaching his third consecutive season in team SKY VR46 colours and he will be the veteran on the KTM factory motorised team. The rider from Cattolica, who just turned twenty-one, is ready for the 2017 challenge following the improvements shown last year in a season where he was on the podium twice with his third place finishes in Assen and Valencia.

Now a leap in quality is expected from him, especially in terms of consistent results, a fundamental component to finish in the high end of the Moto3 standings, the category with the most level playing field and the fiercest battles in Grand Prix Motorcycle Racing: “I am very happy with the two podiums achieved in 2016 - Andrea says with satisfaction - in Moto3 the races are very heated from the first lap and the group the battles for the podium is often made up of many riders. It is not easy to stay at the front consistently.”

What does it take to get on the podium and take the win that you just barely missed?

“The win is the build-up of work that begins from practice and solidifies on Sunday in the race. You have to work well on every detail. In order to stay out front there are no rules or hidden secrets except… go fast! You have to always be fast to make a play for the top spots and to get close to the win you don’t always have to start from the front row. What counts is race pace and commanding respect during the battle.”

What have you done over the winter break to improve?

“I trained a lot, even more. Like every year, it will be difficult and, despite the fact that the reigning champion, Binder, has gone to Moto2, the championship will be at a high level of competition. I need to be faster in the races with rainy conditions. In those sections I need to improve and that is the aspect where I will focus. I have worked hard and I feel ready for the challenge.”

Do you think your KTM is better or worse than the rival bikes?

“In Moto3 the level of KTM, Honda and Mahindra is really similar. Let’s just say that each bike has a peculiar characteristic where it excels and others where it can improve, but overall the performance is equal.”

A nice atmosphere has been created among the team... 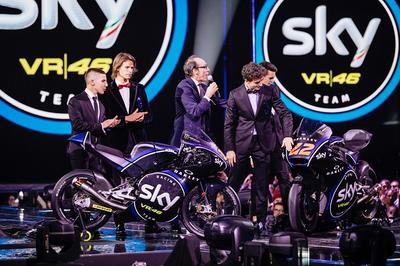 “That is true. I prefer working with a team where you can breathe a professional atmosphere that is fun at the same time. When you have these conditions you can do well. It already happened last year several times and it can be repeated. I like feeling an atmosphere of harmony with the people around me and my goal is to be consistently competitive.”

You are considered a locker room leader. What do you want to promise?

1-2 for the new CBR with his brother Glenn, third Brookes on the Ducati, technical problems for Barbera. Tomorrow more of the same with Race 2 and...
9 hours 32 min ago

The German rider is better even though he has suffered a major trauma, fortunately without suffering neurological complications. He will be operated...
9 hours 49 min ago

The American sets second pole of the season ahead of Lowes. 10th Marini, 21st the leader Nagashima
15 hours 4 min ago

"I changed positions on the bike several times, but we lost our direction. There's still room for improvement, but there's only the FP3s left."
17 hours 39 sec ago

"Unfortunately, there was no grip on the track in the FP1. But, here, in Portimao, the sensations are much better than in Jerez."
18 hours 47 min ago

Alvaro: "we made some small adjustments this afternoon and these gave me more confidence. Haslam: "I’ve been suffering from an abscess on a tooth...
1 day 11 hours ago

"Tomorrow morning, I will return to Italy to be operated on as soon as possible." He will be admitted to the Ancona hospital
1 day 12 hours ago