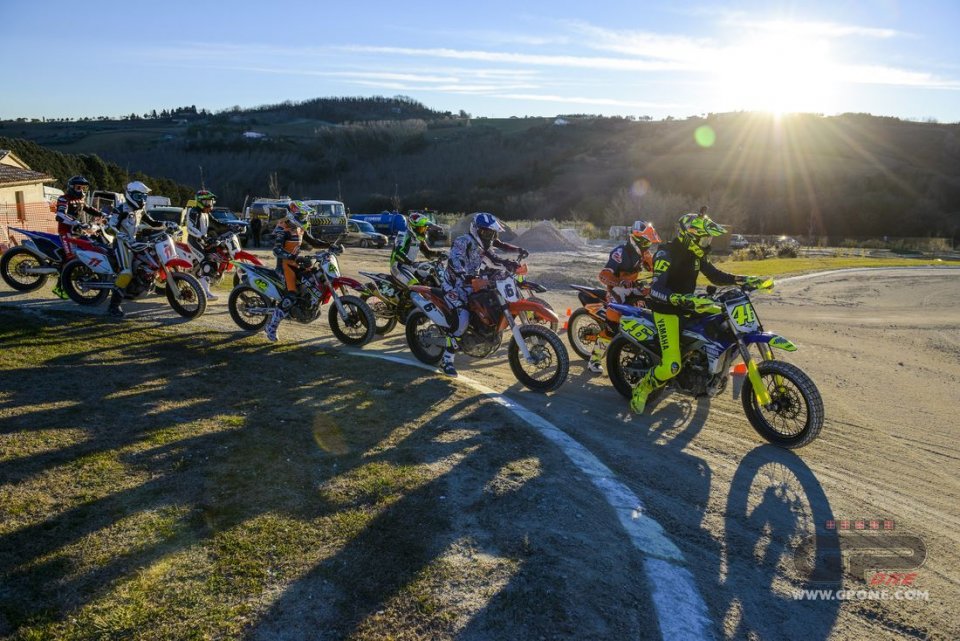 There are races in which you win nothing, a salami at best, and that offer no other motivation than sheer enjoyment but that, despite it all, have special appeal. Like the 100 Km of Champions, one of Valentino's ideas, like something we'd come up with one winter evening in front of a beer.

Yes, there are some small differences of course. Rossi has a motorcycle theme park known as the Ranch and his friends are those for whom twisting the throttle is a way of life, as well as a job. This strange endurance race, run in pairs on flat track bikes, continues to boast an authenticity that people like.

It's not broadcast on TV and information about it comes via social networks and so you'll already know that this year one adversary won out over the rest: the weather. Saturday, qualifying day with the Americana race, went to plan but then it began to rain overnight. Add to this the cold and the next morning the track was only good for ice-skating. Further rain and snow in the early afternoon then forced all the riders into the garages, or under the awning should we say. 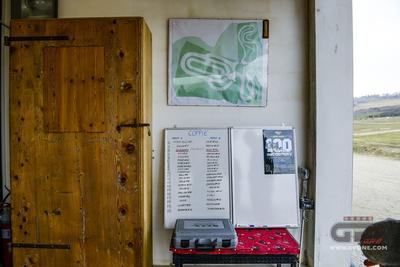 A pity because the 20 teams were ready for battle. On Saturday it was Valentino who stood it, together with Morbidelli, Pasini e Baldassarri. The pairs were sorted, with a pen and whiteboard taking the place of a poster that was a little too... professional for the surroundings.

Valentino was with Morbidelli, his brother Luca with his Moto2 team-mate Baldassarri and Pasini with Bulega. The latter were starting as favourites. The grid was strong, with MotoGP, SBK and off-road riders from Rins to Petrucci, from Chareyre to Davies, from Baz to Laverty, as well as all the riders of the VR46 Riders Academy, Migno, Bagnaia and so on. Right down to old friends, such as the Meda-Sanchini commentator pairing.

The menu was just as rich, but not enough to allow the right wrists to melt the ice. The plan is to run the race at a later date, but this will be difficult given the riders' various commitments.

To make up for this though, we're bringing you an exclusive photo-gallery from day one of the 100 Km of Champions. Enjoy!