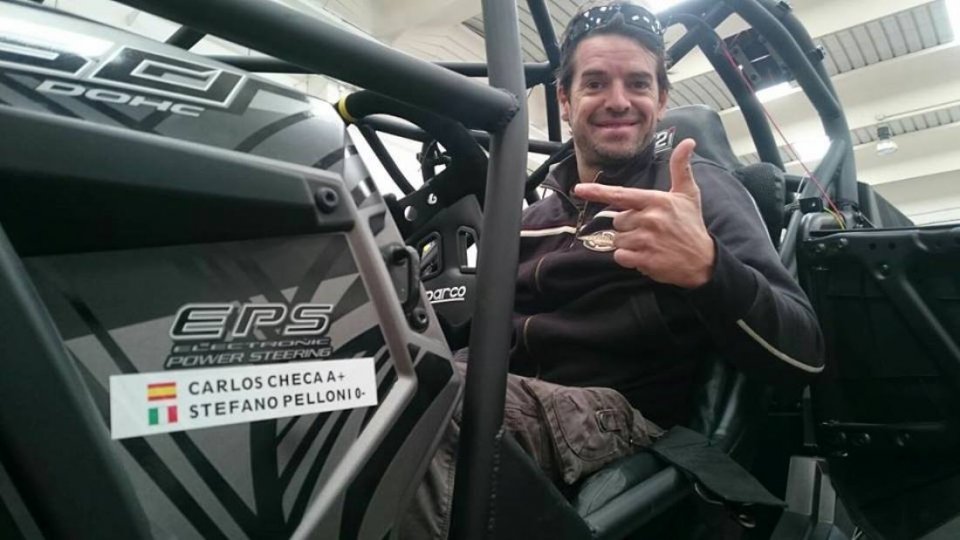 It doesn't really matter whether we're talking two or four wheels. Carlos Checa can't live without his racing, so much so that the Spaniard won the Panafrica Rally in the Buggy category in October, at the wheels of the Polaris Razor 1000. It's a short step from the track to the sand and he has one particular idea for the future that intrigues him.

“Right now, I've having fun taking part in rallies in the desert with the Buggy – he comments - this specialism has always excited me and one day I'd like to take part in the Dakar. Of course, the best thing would be to race with a car rather than a bike, seeing as my aim is to compete at a high level. It would take a lot of preparation though, as the RAID is particularly tough”.

We spoke to him a few days ago during the Nolan Christmas party. The Spaniard was impressed by Dovizioso's performance in 2017.

You mention Marc. Only a phenomenon like him could deny Andrea the title.

“He's one of the fastest riders we've ever seen in this specialism – states Checa - Marquez is an all-rounder and possesses incredible determination. The thing that strikes me most is his mentality, it's unique. If he continues at this level, it will be difficult for other riders to try and win the championship”.

“I don't think we'll see any drastic changes. The bikes are the same and there haven't been any big team changes. So I expect a season that picks up where this one left off, with Marc and Dovi up front again”.

How about your fellow countrymen Lorenzo and Vinales.

“I expected more from Jorge. He can only improve in 2018, the same goes for Maverick. I thought he'd run up front all season, but it didn't go that way”.

What do you think about Zarco?

“Johann is a rider to focus on for the future, I'm sure he can fight for the title in 2018. I don't think there's much difference between his bike and the factory machine."

He dreams of Rossi's M1.

“Valentino is a smart rider and will race for as long as he's competitive. He has real ambitions of fighting for the title and if he can be up there with the best right from the first race then he can be a title contender."

Carlos also touches on Superbike. The regulation has undergone yet another update, but from what we've seen in the first tests, nothing has really changed.

“I haven't looked at the new regulation in detail, but I don't think there will be any major changes. Kawasaki has carried out significant work in recent year and is now reaping the benefits. Ducati is trying to make things tough for Rea and Sykes, but it's not that simple”.

What do you think Dorna should do?

“It should support the presence of manufacturers because that's the only way to have a more competitive championship. I hope that the current situation passes, but the key is to push for the manufacturers' return”.